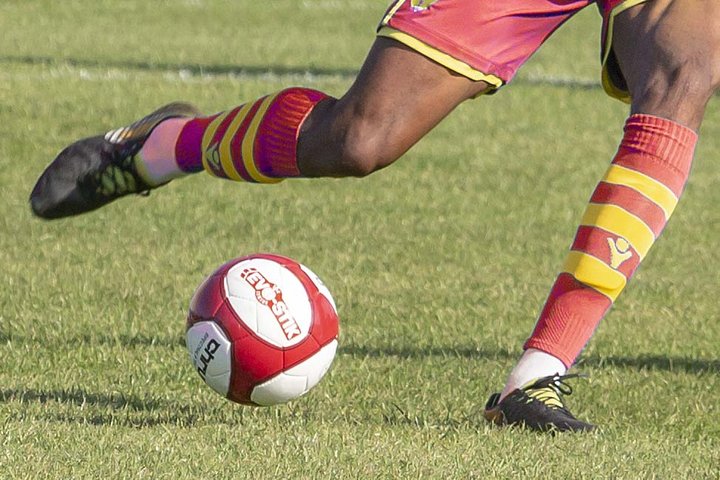 Brighouse Town have the opportunity to open up the EVO-STIK League East Division title race when they welcome leaders Morpeth Town to St Giles Road.

Morpeth have seen their lead at the top cut to six points in the recent weeks, having lost two of their last three, and Brighouse are one of three teams sitting on 33 points behind them.

In-form Tadcaster Albion are unbeaten in their last 10 games and they welcome Sheffield FC to the i2i Stadium where two of the most prolific strikers in the league will go head to head - as 11-goal Joe Lumsden faces 12-goal Marc Newsham.

Frickley Athletic will be the latest team to test the only remaining unbeaten home record in the league at Marske United.

Striker Jacob Hazel has scored a hat-trick in each of his last two games for Frickley, while Marske have quietly progressed up to the cusp of the play-off places with a run of just one defeat in nine.

Recent signing Greg Young is available for Frickley having been ineligible in the midweek cup win over Penistone Church, as are Jake Green and Ant Wilson.

After their stunning win at league leaders Morpeth last week, Cleethorpes Town welcome inconsistent Ossett United to the Linden Club hunting only their second home win of the season.

They have slowly been climbing the league table in recent weeks, winning three of their last four, having suffered a slow start to the season.

There’s a mid-table clash at the Nanpantan Sports Ground as Loughborough Dynamo go in search of a third successive home win against Stamford.

Both sides will still have a desire to push for the play-off places and have already met this season, with Stamford winning 1-0 in the reverse fixture.

Stamford haven’t won an away game in the league since the end of August.

Struggling AFC Mansfield welcome Spalding United looking to end a dismal run of form that threatens to see them cut adrift at the bottom of the league.

Their nearest rivals Stocksbridge Park Steels are at home to Gresley, while the two others within reach of Mansfield currently meet in Cambridgeshire as Wisbech Town host Carlton Town.

Elsewhere, Lincoln United will want to end a run of three games without a win that has seen them lose their second place in the table when they visit Belper Town and Pontefract Collieries host Pickering Town.

To view all the weekend's games, visit the EVO-STIK League fixtures page.

 NPL Show - FA Trophy special The Evo-Stik NPL Show returns as we look ahead to this weekend's big games in both league and FA Trophy.

Premier Preview: Gainsborough look to take advantage  Gainsborough Trinity have the chance to jump up to second in the EVO-STIK League Premier Division this weekend.