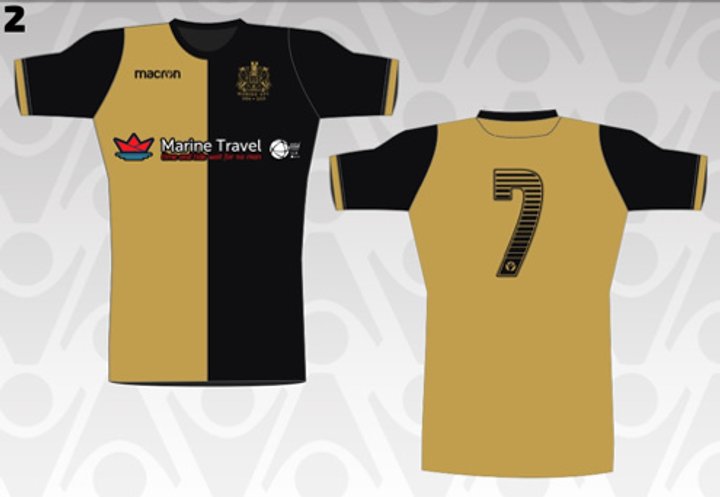 EVO-STIK League Premier Division side Marine have announced early plans to celebrate the club’s 125th anniversary from the summer and throughout the 2019/20 season.

Marine AFC was founded in the summer of 1894 by a group of South Road shopkeepers in a meeting held at the Marine hotel with the idea of setting up a football team for their sons.

They would eventually join the Northern Premier League in 1979, winning the title twice in 1994 and 1995, and next season will celebrate their 40th season as the league’s longest serving member club.

In the club’s history, Marine have never been relegated.

A new 125 club badge will feature on a new home shirt and clue tie, a celebration dinner will be held and a new book will be published recording the photographic history of Marine from 1894 to 2019.

The 125 celebration dinner will be held at the Beautiful Game Suite in the new stand at Anfield on Friday October 4.

Marine Chairman Paul Leary said: “It is a great milestone for Marine to be planning its 125th anniversary in season 2019/20.

“This is something that has to be celebrated and the events planned for next season will in some way acknowledge the many people over the decades that have given so much commitment, time and effort in ensuring that Marine Football Club is still here today. Our founders would be especially proud of what we have now at the Marine Travel Arena.

“Who would have thought that the meeting in the summer of 1894 between baker Joseph Lawson, coal merchant John Lassey, chemist John Alexander, timber merchant George Nicklin, commercial traveler Tom Wood with Charles Greenwood and William Walmsley at the Marine Hotel in South Road Waterloo would create a football club that would be celebrating its 125th Anniversary in 2019.

“I look forward to celebrating our special anniversary at the many events planned for during next season. I am sure that there will be lots of interest from the Merseyside football family in sharing and enjoying our celebrations in what will be a very special season for our football club.”

Marine Community Officer and life-time fan Barry Lenton is at the final stages of compiling a 250+ page photographic history of Marine.

The document will be completed in the next couple of months and will then be prepared for printing by a book publisher. Early viewings of the photographic history are quite amazing and will prove to be a fantastic record of the 125 year history of Marine.