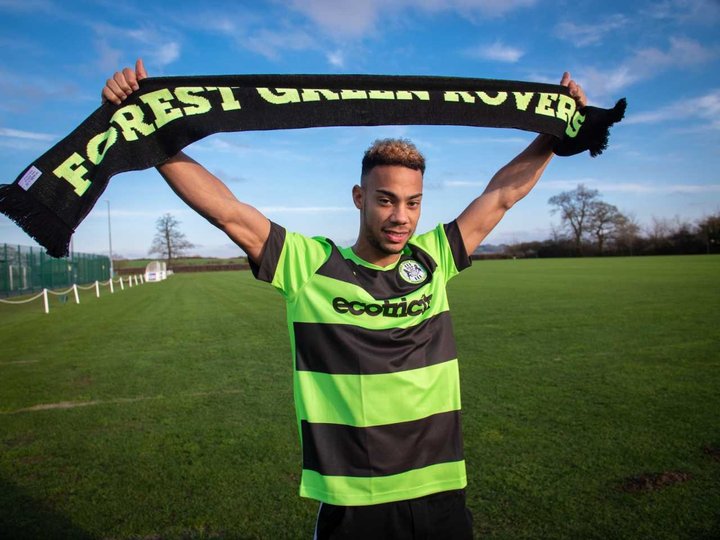 Mondal, 21, has scored eight goals in 23 appearances for the EVO-STIK League Premier Division side this campaign and has now played his last game for the club, with the deal stipulating he cannot play for them again before his departure.

He said: “I’m delighted to be getting back to the Football League, it’s something I’ve worked hard to achieve.

“I’ve learned a lot in my time at Whitby Town, and they’ve been great in helping me move from under-23s football into the men’s game.

“Making the move to Whitby has been good for me as it’s taught me a lot. It’s taught me more about the physicality of the game, and given me a good platform to develop my game.

“I’d like to thank everyone at the club for their support over my year here, everyone has been excellent with me.

“I’d like to thank Chris (Hardy) and Lee (Bullock) too for teaching me everything that they have. I really appreciate the input and experience they’ve given me.”

Mondal went to train with Forest Green earlier in the season and has signed an 18-month deal.

Blues boss Chris Hardy said: “I’m delighted that Junior has got what he has been working so hard towards.

“It’s always been his focus to get back into the professional game and I knew that Whitby would give him the perfect platform to do so, and in turn that we would benefit from having a player of his quality.”

The former Middlesbrough youngster first joined Whitby on dual-registration from Spennymoor Town in November 2017, before making the move permanent in the summer following a trial with Blackpool.

Forest Green manager, Mark Cooper, told the club’s official website: “He’s lightening quick and although he’s probably not one that is ready to go and start a game in the first team, he’ll add to an excellent, young group of players.

“It’s so important for these young players to get out and play men’s football to realise what three points means on a Saturday.

"Junior’s done that, he went to a really tough northern league and he’ll have been kicked from pillar to post and smashed all round the pitch. That will have really toughened him up.”

 Strachan in at Stamford Stamford have made two new signings, including the grandson of former Manchester United and Scotland player Gordon Strachan.

NPL Show - FA Trophy special  The Evo-Stik NPL Show returns as we look ahead to this weekend's big games in both league and FA Trophy.