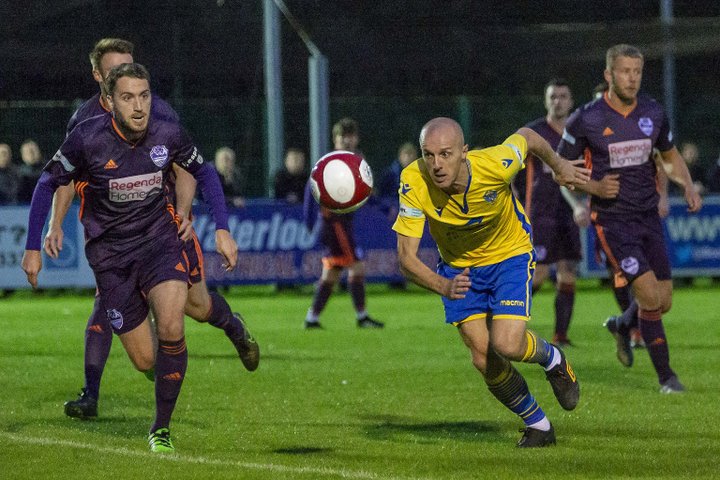 An additional 10 NPL clubs made it through to the FA Cup second qualifying round following midweek replays.

Colne pulled off one of the shocks of the round as they beat big-spending BetVictor Northern Premier Division title favourites South Shields 1-0, thanks to Waqas Azam’s second half goal.

Their reward is a home tie against Ossett United, who thumped Northern League Division One side Thornaby 6-0 thanks to four goals from Tom Greaves.

One of those were Warrington Town, who coasted past City of Liverpool 4-0 in front of a record crowd for the Liverpool club. Alex Byrne scored after 57 seconds to send the Yellows on their way and they led 3-0 by half time thanks to further goals from Mark Roberts and Ben Garrity, before Tony Gray added another in the second half.

Ashton United finally got the better of Tadcaster Albion in yet another goal-filled tie. After a 2-2 draw on Saturday, the two sides were locked at 2-2 in the replay after an hour, before Josh Wilson gave the Robins a 68th minute lead, and Steven Tames made sure in the final minute.

A late Isaac Assenso strike helped Scarborough Athletic come from behind to beat Marske United 2-1. The step four side led through Andrew Stephenson in the second minute, before James Walshaw equalised on 23 minutes.

In the all Premier Division tie, FC United beat Atherton Collieries thanks to Aaron Morris’ goal 11 minutes from time, setting up a home tie with Warrington in the next round.

On Wednesday evening, Dunston made light work of Sunderland RCA, winning their replay 5-0, and Lancaster City avoided an upset with a 2-1 win at Northwich Victoria, the in-form David Norris scoring a brace.