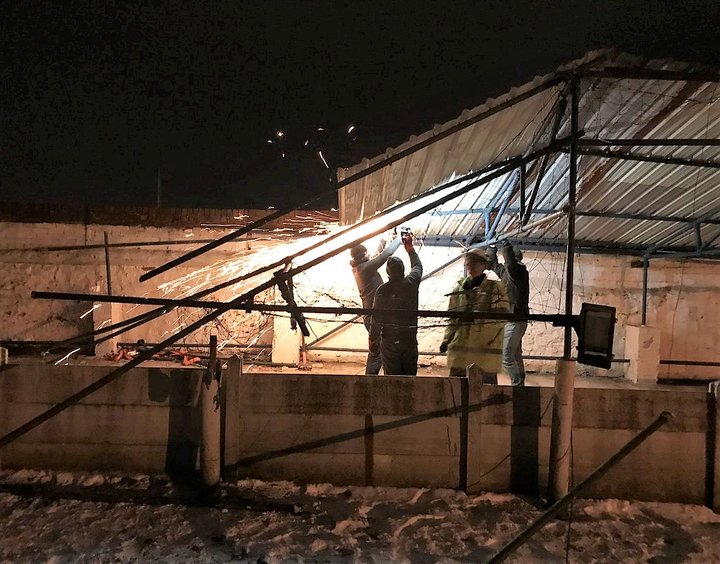 EVO-STIK League Clitheroe haven't lost their sense of humour after the 'Beast from the East' met Storm Emma over the Shawbridge home of the Blues.

Despite working late into the night on Friday to clear up after a stand collapsed in the high winds and a burst pipe flooded their changing rooms, hardy volunteers and officials at the EVO-STIK League North club were still managing to joke on social media in regular updates on the chaos for fans.

In one post confirming this Saturday's match against Trafford was definitely off, @ClitheroeFC tweeted: "Tomorrow's game against @FCTrafford is officially off. This is due to the deep snow drifts still sat on the pitch, the winds pulling down a stand, and the changing rooms having no water due to a burst pipe. Enjoy your weekend!

"This was the damage done by Storm Emma and unfortunately before we got chance to do anything with this some disappeared into next door #stormemma2018 #clitheroe #nonleague #rebuildneeded." 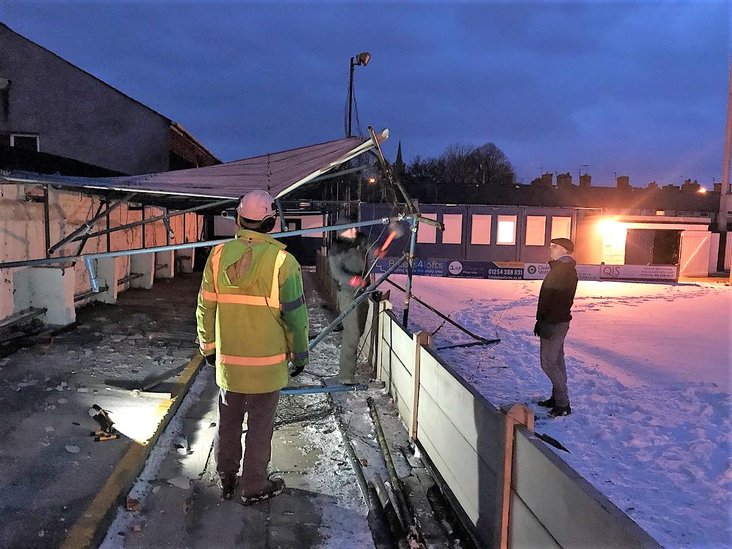 Like the rest of the Northern Premier League's clubs, the Blues are hoping to be back in action against Brighouse Town next Saturday after this weekend's matches were wiped out by the big freeze.

The full programme of fixtures were postponed 24 hours early on Friday after league officials put special measures in place to avoid any unnecessary travel and inconvenience for fans, players and officials and ensure their safety.

Clubs were put on alert for a third time this season on Thursday afternoon as the winter blast continued to cause travel chaos across the UK and the Met Office issued a number of Yellow and Red weather warnings from Scotland to the South West. 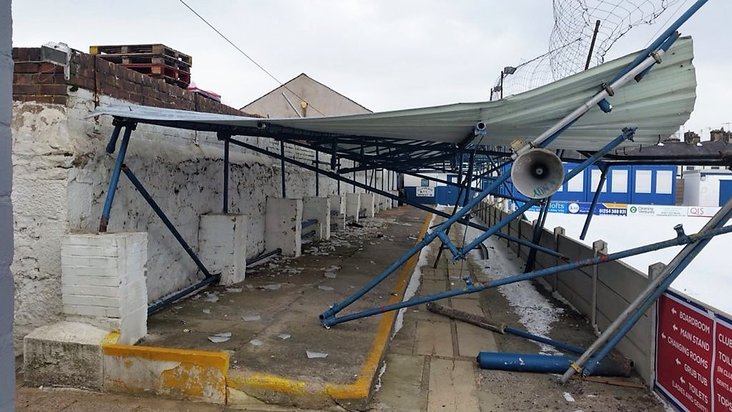  Voting underway for perfect pitches The EVO-STIK League's clubs have less than two weeks left to choose their top surfaces in the inaugural GreenFields Pitch of the Year Awards.

Key club vote now next Thursday  The Northern Premier League's clubs will meet next week to decide on the future geography of the competition after the big freeze blanketing Britain this weekend forced officials to postpone Sunday's key meeting.