Buxton already looking to next season 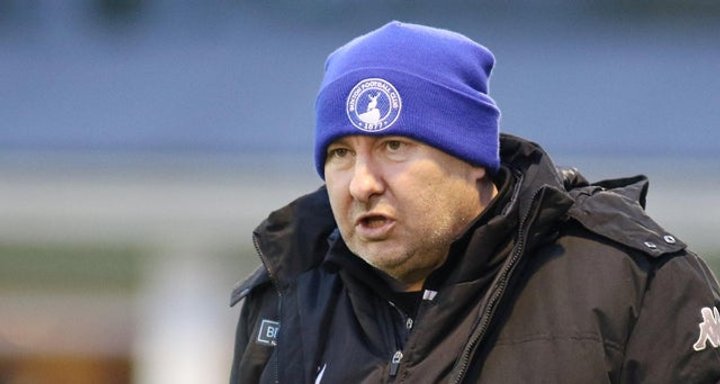 Buxton boss Garry Hayward says he is excited about the prospects for next season and is working hard, despite the lockdown, to shape his squad.

The end of the season came at an unfortunate time for the Bucks, who were third in the Northern Premier League form table, having won three and drawn three of their last six games.

It was their best run of form in what had been an underwhelming season, that saw them flirting with the relegation spots for much of it, and ultimately brought the former Hednesford boss to the club as a replacement for Paul Phillips.

Talking to the club’s From the Dugout podcast, Hayward said: “We’ve got a few irons in the fire for next season, although with the coronavirus situation, we don’t know where we’re going to be with it. I do think a lot of the lads will be staying for next season.

“We’d like to be at the right end of the table, that’s got to be first and foremost. We don’t want to be scrapping at the bottom like we were last season, because on current form we were up there with the top six. Hopefully we can hit the ground running when we do get going again, be a threat and get in the top half as a start and see where it takes us.

“I’m working every day, even though we’re in isolation. I’ve been non-stop on the phone organising pre-season, where we going to do it, what we’re going to do etc. As a manager you can’t stand still. We have spoken to one or two players, but we can’t meet them because of the lockdown. It might be me having to drive up to meet them after the period of isolation and get the deals over the line then.

“If we get the signings in that we want, and I’ve also had lads from other clubs speak to me that want to come for pre-season, I’m quietly confident and excited as well.

“If it works out right, we get the players in we want and then see where it will take us. Not only have we got to get good players, we’ve got to mould them and get them ready for when the season starts, whenever that may be.”