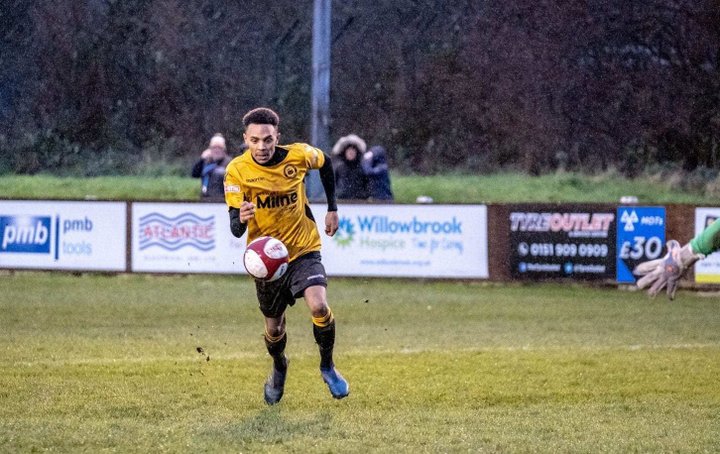 Prescot Cables boss Brian Richardson has paid tribute to the departing Michael Monaghan, after he left the club for Australia.

It was announced recently that MJ would be moving Down Under, and he made his final appearance for the club in the 1-1 draw with Radcliffe last month, scoring a last minute penalty.

Richardson told the club's official website: "Having worked with MJ before I knew you were getting a quality player with integrity as a person. He has proved to be popular with everyone at the club and will be missed.

"This decision for himself down under is a life style change to improve his quality of life and future prospects for himself and his partner.

"A testimony of your time at any club is whether you would be welcomed back if you wished to return.

"We as a dressing room would always keep the door open if he wanted to ever return.

"All the players and management team wish MJ all the best on his new adventures and hope they’re as successful as his ability to get a penalty."

He said: "It’s only been a relatively short time at the club for me but I’ve only got good things to say. I’ve not enjoyed my football as much as I have during my time here in a long time. That is down to Brian and his staff, the lads and the fans.

"I will be looking out for the results and hoping the lads can go one better than last year!

"Thank you to everyone for your messages and support over the past year. I won’t forget it and I’ll be back one day!"