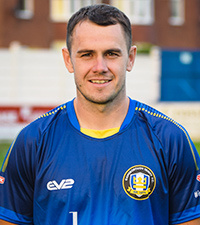 King, 31, has been out of action with a serious back injury picked up in October but recently made a cameo substitute appearance against Workington.

But he has since suffered a further set back in his quest for full fitness and approached chairman Richard Kane to relinquish his wage and concentrate on his long-term health and well-being.

He said: “I’ve done everything within my ability to get myself fit again, but I just need time to get my head straight, as well as my body.

“I play football for enjoyment and I am gutted that I am having to make this decision.

“I really believe that if I was fit, I could have had an even bigger impact on the squad leading by example.

“I have not ruled out playing again, I just need the time to get my health in order and regain fitness.”