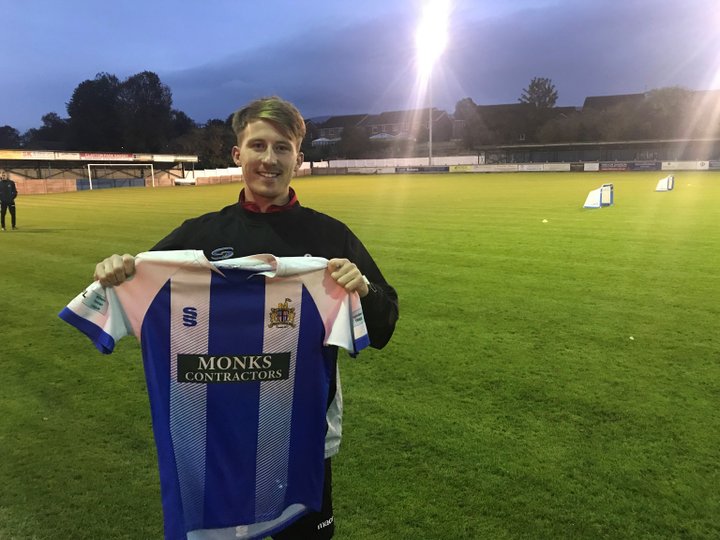 Clitheroe have signed midfielder Craig Carney from FC United, to be reunited with Phil Brown.

He said: “I know Phil, Macca and Rick, as well, and it will be good to get some games under my belt and hopefully help string together a run of results.

“I know they are meticulous in their approach and organise a team well and I’m looking forward to getting started.

“I see the team has some good results lately, beating Workington and then coming from behind to beat Sheffield in the Trophy. Hopefully we can kick on and keep a run going now.

“I’m quite ambitious myself and want to play as high as I can and do as well as I can.

“Hopefully I can get back playing and help Clitheroe get some wins as well.”

He trained with the Blues on Thursday night and goes straight into contention for the game at Pickering Town on Saturday.

Brown said: “He’s got a good engine, an eye for goal and he’s just really professional about everything he does. He will add to the squad and improve us.”

Striker Owen Watkinson is also available for the ninth-placed Blues following a three-match ban as Brown’s boys look for a third away win of the campaign at the bottom club.

The NPL Show Step 4 Show Cup Special  Ben speaks to the First Division sides in Cup action this weekend along with a review of the Month.