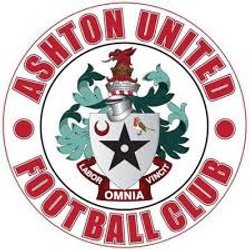 Ashton United have announced the signings of Louis Almond and Nialle Rodney.

Ashton United have announced that Jordan Slew has left the club to join Morecambe.

Ashton United have announced the signing of Michael Brewster from Atherton Collieries.

Ashton United have announced that Nicky Clee has left the club and returned to Bradford Park Avenue.

Atherton Collieries have announced that a club record fee has been agreed for Ben Hardcastle to Ashton United.

Michael Clegg has left his role at Atherton Collieries to take up the new managerial role at Ashton United.

Ashton United FC was formed under its previous name of Hurst FC in 1878. The Hurst area boasted several teams of a good standard at that time and the club’s first recorded game came in early 1879 against another local club, Hurst Red Star; the current Hurst Cross ground was first used by the club on September 27th 1884, making it one of football’s oldest surviving venues.

The club proved a very progressive outfit in their early days, entering the FA Cup as early as 1883 (just the 13th season of the competition) and reaching the Second Round at the first time of asking, a club best equalled but never bettered since. In 1885 the club landed its first silverware after the Manchester FA started a new competition for member clubs called the Manchester Cup - Hurst won the first ever Final against Newton Heath, the forerunners of the present-day Manchester United, taking the trophy after a 3-0 victory. 1885 also saw a ground attendance record set at Hurst Cross, with over 9,000 people paying to watch the reigning FA Cup holders, Blackburn Rovers, play a Lancashire Cup tie.

The club joined the Ashton and District League as the 19th century drew towards a close, but playing standards were declining and the club failed to gain membership of the Manchester League when it was founded in 1892. Hurst remained in the wilderness until finally joining the Manchester League some seventeen years later, when a new lease of life was provided by wealthy mill owner, Alderman Kenworthy; James Ingham, captain and goalscorer in the 1885 Manchester Cup triumph was now a committee member and the capable Jim Ferris was appointed club secretary (in the days before managers) – a post he held until the mid-1920s.

Club colours in those early days were black and white stripes and the ‘The Lambs’ – as they were nicknamed - became an instant success on the field – finishing joint-top in their first campaign and only losing the league title after an end-of-season Play-off. The club’s first honours of the 20th Century came in 1911 when the Manchester Junior Cup was won; that trophy was retained in 1912 to make a league and cup double as Hurst won the Manchester League title in what was to be their final season in the competition; the club subsequently joined the 2nd Division of the Lancashire Combination in 1912 and won promotion to the top tier at the first attempt. In 1915 the club finished runners-up in the First Division before standing down from competitive action; the club briefly resumed playing in 1916/17 and won the Lancashire Combination, title before standing down again until World War I ended.

Hurst’s return to playing duties in the Lancashire Combination in 1918 met with mixed success, a 13-1 club record victory over Marple in February 1919 was recorded but no silverware came to the club for many seasons. Hurst joined the stronger Cheshire League in the 1920s and the current club colours of mainly red shirts began to be adopted, along with the new nickname of ‘The Robins’. The early years in the Cheshire League were fairly uneventful; the club finished in the top half more frequently than the bottom half of the table, but the first post-war trophy wasn’t lifted until 1933, when the Manchester Junior Cup was regained after a gap of 21 years.

Having broken their cup ‘duck’, Hurst then went on to reach four Manchester Challenge Cup finals between 1935 and 1940, winning the trophy in 1936 and 1939. Just before the outbreak of World War II the club secured the services of William "Dixie' Dean at the end of his glorious career; alas Adolf Hitler was to deny the folk of Hurst more than a couple of glimpses of Dean's skills and the club's progress was once again interrupted by war.

Like many others, the club struggled in the immediate post-war era. The change of name came about in 1946 but a change in fortunes did not follow. In 1948 the club failed to win re-election to the Cheshire League and re-joined the Lancashire Combination. Ashton's first honours after World War II again came in the form of the Manchester Challenge Cup, won in 1950 and then held for three seasons from 1953 to 1955. Cup form in general was good in the 1950s as the club twice reached the first round proper of the FA Cup; losing a replay at Hurst Cross to Halifax Town in 1953 and again in 1956 when the Robins were defeated at Southport.

Floodlights were installed at Hurst Cross in 1953 and inaugurated with a 4–3 win over Wigan Athletic on 29 September of that year; club record scorer Stuart Dimond – 201 strikes in just 251 games – appropriately notched the club's first goal under lights. During the 1954/55 season Hurst Cross staged the first FA approved floodlit competition - called the Lancashire and Cheshire Floodlit Cup. Ashton United invited seven other clubs from a mixture of the Lancashire Combination and the Cheshire County League to compete for the trophy, with all games being played at Hurst Cross. The competition ran for two seasons, with Hyde United the winners on both occasions.

The 1960s started with Ashton as holders of the Manchester Intermediate Cup and later that year (under the managership of his father) the club saw the debut of its youngest ever player - and scorer - a 15-year old schoolboy called Alan Ball, later a World Cup winner in 1966. In 1961 Ashton were demoted from the First Division of the Combination despite finishing 12th - they had originally resigned their membership in the hope of re-joining the Cheshire League but were beaten in a vote by old foes Wigan Athletic.

Ashton came back with a vengeance by storming to the Second Division title in 1962 – winning every home league game that season - and also taking the League Cup for good measure under the managership of former Scottish international Hugh Kelly. 1963 saw the club win the Intermediate Cup once more, a feat repeated in 1966. The club remained in the top flight of the Combination until 1964 until, continually frustrated in their attempts to re-join the Cheshire League, they embarked on a two-year experiment of playing in the Midland League. During the 1964/65 season, Stuart Dimond - by now manager - was pressed into emergency action after an injury crisis and subsequently became the club’s oldest player and goalscorer, just short of his 44th birthday. Midlands League football proved a financial disaster and the club re-joined the Lancashire Combination (Second Division) in 1966; two seasons later they finally got their much sought-after move back to the Cheshire League, where they stayed until the North West Counties League was formed in 1982. The intervening years had seen the club twice win the Manchester Senior Cup, whilst their first season in the NWCL saw Ashton land their second Manchester Premier Cup in three years.

In 1984 the club sank to its lowest point as they were relegated to the Second Division of the NWCL – four years later Ashton won promotion back to the top tier in impressive style as champions, but the club – like many others following the Bradford City fire disaster - were still struggling to improve their facilities off the pitch. Local businessman Terry Liversidge came to Hurst Cross in 1990 and helped transform the club and ground; in 1992, under manager Dave Denby, Ashton became the first team to win the NWCL title and the League Cup double, going on to win the League Challenge Cup and the Manchester Premier Cup for good measure. The club established itself as a force in the Northern Premier League First Division, finishing 3rd on six occasions over ten seasons and winning the First Division Cup in 1994, 1997 and 1999. The Robins posted their best ever FA Trophy run in 1997, before John Coleman’s side lost to Dagenham & Redbridge in the Quarter Finals.

Ashton finally won promotion to the Premier Division via the inaugural NPL Play-offs under Gerry Quinn’s stewardship in 2002 and also retained the Manchester Premier Cup they had won the previous season - they were to win it again in 2003 and were beaten finalists in 2004, the same year the club became founder members of the new Conference North. Their stay in the new league was ended after just one season - only the club's third relegation in over one hundred years of football.

Danny Johnson was appointed as manager towards the end of the 2006/07 season; his six-year tenure at the club saw Ashton establish themselves as a comfortable mid-table team in the NPL - despite the off-field events of 2009/10, when the club were sued by former Altrincham player, Marcus Hallows, following an on-the-pitch injury he sustained playing against Ashton in 2005. The courts subsequently found against the club, who were deemed liable to pay damages to Mr Hallows. The highlight of Johnson’s reign was a first ever NPL League Challenge Cup victory when Ashton beat Northwich Victoria 1-0 in 2011; when Johnson moved to league rivals Nantwich Town at the end of the 2012/13 campaign, first team ‘keeper Paul Phillips was promoted to manager, bringing in his former Droylsden team-mate (and then Mossley gaffer) Steve Halford as co-manager. Few could have foretold that the club would embark on three successive promotion challenges in the Northern Premier League under the new regime – with the club reaching the end-of-season Play-offs in 2014, 2015 and 2016, but each time losing to the team that was eventually promoted... twice by the dreaded penalty shoot-out. Phillips and Halford left for Stalybridge Celtic in September 2016, with senior players Jody Banim and Will Haining promoted to the position of joint-managers as a result; Haining took the decision to retire from football at the end of last season, leaving non-league goalscoring legend Banim in sole charge for 2017/18 – and the ‘new’ manager guided Ashton to promotion to National League North in his first season, finishing as runners-up in the NPL and earning promotion via the Play-offs after a comfortable 2-0 win against Grantham Town in the Final to celebrate the club’s 140th anniversary in some style.

With the club back in the National League North for the first time since 2004 it was always going to be a challenge to maintain their status in the sixth tier of English football. Many of the players who had achieved promotion with the club were picked off, leaving the club to use a monumental number of players throughout the season. After a positive start to the season the club were eventually relegated away at Boston United on Easter Monday, with the Robins finishing in 20th position nine points behind 19th place Guiseley.