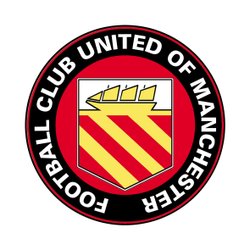 FC United of Manchester have announced that Lewis Lacy has re-joined the club.

Aaron Morris is enjoying life at in-form FC United of Manchester, who are on a fine form of 15 unbeaten in all competitions.

FC United of Manchester have confirmed that Ashley Young has left the club and agreed in principle to join Hyde United.

FC United of Manchester have announced that Alex Curran has extended his loan with the club from Stockport County.

FC United of Manchester have announced that Alex Curran has agreed to extend his loan at the club from Stockport County.

FC United of Manchester have announced that Luke Griffiths has signed a new contract with the club.

FC United of Manchester have announced that Alex Curran has extended his loan at the Premier Division side.

n the summer of 2005, Malcolm Glazer completed his takeover of Manchester United. Within weeks
a backdrop of supporter protest led to a breakaway group forming their own club, which eventually
took the name of FC United of Manchester.
The club was accepted into the North West Counties Football League Second Division and,
eventually, Bury FC agreed to groundshare their Gigg Lane home. Karl Marginson was named as the
first manager.
On the opening day they won 5-2 at Leek CSOB, and by the end of the season they were celebrating
title success and promotion to the NWCFL First Division. At the final home game of that season a
North West Counties record crowd of 6,023 turn out at Gigg Lane to celebrate league glory against
Great Harwood Town.
The club’s second season saw FC United go from strength to strength as they once again wrapped up
a title triumph, adding the League Cup to their collection as they moved on up from the North West
Counties into the Northern Premier League First Division.
The 2007-08 campaign saw FCUM finish second to Bradford Park Avenue, the Reds eventually went
up via the Northern Premier’s First Division Play-offs, defeating Skelmersdale at Gigg Lane to secure
the club’s third consecutive promotion. The NPL President’s Cup was also added to the list of
honours that year.
In 2008-2009, FC missed narrowly missed out on the Play-offs. Then the story of regular late surges
into the Northern Premier Play-offs was met with three consecutive Final losses to Colwyn Bay in
2011, Bradford Park Avenue in 2012 and Hednesford Town in 2013.
Although the 2010-11 season ended in Play-off defeat for FC, Bonfire Night of 2010 produced the
club’s greatest achievement to date when they knocked League One side Rochdale out of the FA Cup
First Round thanks to an injury-time Mike Norton goal securing a 3-2 success at Spotland. In the
Second Round the Reds took on Championship-bound Brighton & Hove Albion, earning a 1-1 draw on
the south coast before a 4-0 replay defeat in front of a club-record 6,731 fans.
After nine years at Gigg Lane, FC United moved to Stalybridge Celtic’s Bower Fold ground for the start
of the 2014-15 campaign, whilst also playing a number of games at Curzon Ashton’s ground. And it
was at the Tameside Stadium, where FC United finally put behind them the misery of previous
Northern Premier Play-off heartaches by wrapping up the title with a 1-0 victory against Stourbridge
after 7 years in the Northern Premier League’s Premier Division.
The summer of 2015 also witnessed the much-anticipated opening of the club’s first ground at
Broadhurst Park, opened with a game against a young Benfica side on 29 th May 2015, with a sell-out
4,232 crowd watching the Portuguese side secure a late 1-0 win on a memorable night for the club.
The 2015-16 season saw FC United compete in the sixth tier of English football for the first time in
their short history. The National League North campaign kicked-off with a close-fought defeat at
Gloucester City on a sunny afternoon. George Thomson would go on to top FC's goalscoring charts as​
he inspired a second-half of the season revival which saw FC finally end the season in 13th position
after drawing 2-2 with champions Solihull on the final day of the campaign.
The 2016-17 season saw consolidation in the National League North with a 13th placed final
position. George Thomson was again the club’s leading goal scorer. The season ended on a high note
with FC United’s first ever victory in the Final of the Manchester Premier Cup. That match also saw
Jerome Wright mark the completion of his career at FC United on his 400th appearance for the club.
2017-18 saw several changes, the most notable being Karl Marginson, manager since the club’s
foundation in 2005, leaving the club in October. He was replaced by player, Tom Greaves, with his
assistants being Jack Doyle and Tom Conroy. Soon after starting his managerial career, Tom scored his
100th goal for the club and so becoming the club’s all-time leading goal scorer. After flirting with
relegation, the team finished 16th and retained the Manchester Premier Cup.
Their 4 year stay in National League North came to an end in 2018-19, when 3 managers and 57
players were utilised in a turbulent campaign. Greaves left the club in August and following a period
with David Chadwick as caretaker boss, Neil Reynolds was hired from Bamber Bridge in October, but
a miserable record of one home League win all season was instrumental in a placing of 21st and a
return to the Northern Premier League for 2019-20.