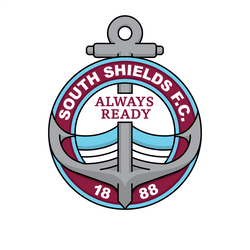 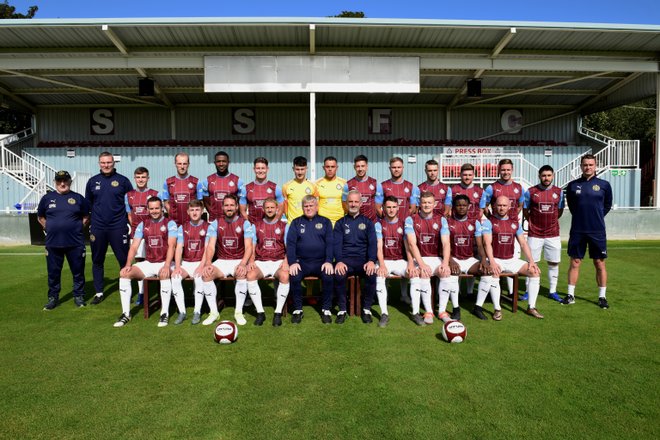 South Shields have announced the signing of Bali Mumba on loan from Sunderland.

South Shields have announced that Blair Adams has signed a new contract that keeps him at Mariners Park until the summer of 2022, with an option for a further year.

South Shields Academy prospect Mathew Wade has told of his pride after being selected to play for England Schoolboys.

South Shields Under 18s will feature in the third round of the FA Youth Cup for the first time in the club's history following a 3-2 victory over Hartlepool United.

It has now been over 125 years since the first recorded appearance of a named South Shields Football Club.

A team from the town began playing friendly matches in 1888, and from those early times, the town club has been subject to much fortune and misfortune.

The club, in all of its incarnations, has had many twists and turns, and now appears to have started another new era.

South Shields Athletic AFC was a member of the Northern Alliance League and enjoyed moderate success in its short career of five years, before being disbanded in 1902 due to financial problems.

The name of Jack Inskip features prominently in the early annals of South Shields FC, and he is credited with the formation of a junior club in 1899 of local schoolboys from the Adelaide Street area of Laygate, that progressed beyond all measure to be ultimately elected into membership of the Football League in 1919.

This team was known as South Shields Adelaide Athletic, and after much success, it re-organised two years later as a limited company in 1910, and now changed its official title to that of South Shields Football Club and was victorious in the Durham Challenge Cup the following season.

Numerous records were made and smashed, plus two consecutive North Eastern League championship titles won, in which seasons only four games were lost.

The 1913/14 and 1914/15 campaigns turned out to be most remarkable for Shields, and the statistics are indeed memorable, as they were winners of six trophies, champions of the North Eastern League in the first season by a margin of 15 points, winners of the Durham Football Association Challenge Cup, the Ingham Infirmary Cup and retained the Black Cup (Tynemouth Infirmary Cup).

Shields were champions of the league for 1915/16, and in 1919, the years of effort behind the drive for the Football League came to fruition with its election to the Second Division, or the second league as it was then titled.

Initially all seemed promising, and manager Jack Tinn and his colleagues had good reason for guarded satisfaction.

In the 1921 season, with Shields top by five clear points at Christmas, promotion was in the air and the distinct possibility of derbies against the league neighbours Newcastle United and Sunderland was an exciting prospect.

However, the impetus was not maintained, form suffered, and the club finished in sixth place, only 10 points behind champions Nottingham Forest. Indeed, only a total of seven more points would have seen Shields promoted as runners-up, and only the bitter pill of crushing disappointment was their reward. How very different club history would have been if promotion had been realised.

Famous players in this period included ‘Warney’ Cresswell – the only player ever to gain a full international cap with Shields – and Alf Maitland.

Shields reached the FA Cup Fifth Round in 1925/26 and again in 1926/27, and the ground attendance record for Horsley Hill was achieved - 24,348, but the visitors Swansea Town denied Shields’ further progress.

The club sold its best players, though, and was relegated to the Third Division North before, facing impending bankruptcy, the only possible viable alternative from closure was to move, and this regrettable but seemingly unavoidable point was reached in 1930.

Despite a final league table position of seventh, the club left the town and moved to Gateshead.
A new club was eventually established, and won the 1938/39 North Eastern League championship, and the Durham Challenge Cup.

In 1950, Shields moved to Simonside Hall, and for a few years from the mid-1950s, it was widely acknowledged as one of the better non-league clubs in the country.

The development of Simonside Hall, backed by the endeavours of a supporters club with a recorded membership of over 13,000, produced positive dividends.

Shields played in five different leagues during the 1950s and 60s, and many will recall with great pleasure the appearance of the great Stanley Matthews in a game at Simonside Hall in 1966.

A major change in the national non-league set-up came in 1968 with the formation of the Northern Premier League, part of the new soccer ‘pyramid’, with South Shields invited as a founder member.

The club advanced to the FA Cup Third Round in 1970 and was drawn away to Queens Park Rangers. The final result of 4-1 also told a story of missed chances by Shields and numerous injuries sustained, against a side that included Terry Venables and Rodney Marsh.

Also, in 1974, the club reached the FA Trophy Semi-Final, but financial problems culminated in 1974 with the total loss of the club, the ground of Simonside Hill and all effects.

The club went to Gateshead for the second time in 44 years and re-emerged as Gateshead United, and took the place of South Shields in the Northern Premier League, and the rest is history.

A new club, the South Shields Mariners FC, was born, and started with nothing.

Initial progress was indeed quite remarkable, only the lack of a ground with adequate and sufficient facilities to satisfy the required criteria of the Northern League for promotion prevented this being maintained.

After the winning of two consecutive Northern Alliance League championship titles, and an appearance in the FA Vase Quarter-Final, the club joined the Wearside League. Further success followed with the winning of the Durham Challenge Cup at Roker Park in 1977.

A ground to develop became a long-running issue and over the course of the next long 18 years, so the club remained a member of the Wearside League, seemingly unable to leave the council-owned Jack Clark Park.

In 1992, the redundant sports club and ground of Filtrona FC became available for purchase, and following protracted negotiations, was bought by the club.

Gradual upgrading and development of Filtrona Park and promotion to the First Division of the Northern League was achieved in the years that followed.

The club’s recent successes were in 2009/10 as winners of the League Cup and J R Cleator Cup, but it faced a major challenge to stay at Filtrona Park after its former owner put it up for sale, and eventually Shields were forced to leave the ground in 2013.

They also suffered relegation to Northern League Division Two in 2012/13 and kicked off the following season 20 miles away from home, in Peterlee.

The club played home matches there for two years until new chairman Geoff Thompson bought Filtrona Park – now renamed Mariners Park – in the summer of 2015 to start a new era at the club.

In his first season at the helm, Shields won the Northern League Division Two title with 107 points, and in the off-season, Mr Thompson continued to press ahead with his plans for the club.

Ground improvements – which began in his first summer at the club – continued, with three new stands erected and a new 3G facility installed on what was the bottom pitch at Mariners Park.

They followed up that superb campaign with the most successful season in the club's history, with Shields winning the Northern League, Northern League Cup and Durham Challenge Cup before adding the icing to the cake by lifting the FA Vase at Wembley - the first national trophy in the Mariners' history.

The following season, a third consecutive league title and promotion was achieved as Shields won the Northern Premier League North Division, and they now look ahead to second campaign in the Premier Division after losing in the Play-off Final last time out.

The club switched to a hybrid model during the summer of 2019, with much of the first-team squad now training on a full-time basis at the Harton and Westoe Miners' Welfare Ground.