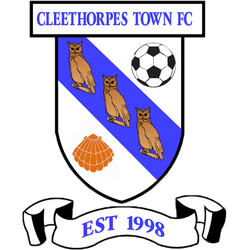 Cleethorpes Town have announced that striker Ross Hannah has agreed to stay with the club until May.

Cleethorpes Town have announced the signing of Ross Hannah on a 28-day loan.

Cleethorpes Town have announced the signing of Harry Middleton.

Cleethorpes Town have announced that Sam Topliss has returned to the club for his second spell.

The club now in its 21st year, saw new challenges and excitement In the 2018/19 season as they won the Lincolnshire Senior Cup and miss out on a Play-off place as the club aims to make the next step in its history.

Cleethorpes Town has come a long way in its relatively short history. Initially formed in 1998 as Lincolnshire Soccer School, it was the brainchild of former Grimsby Town player Tommy Watson. The team was an immediate success with both boys and girls across every age group and the club began to grow quickly. In 2003, the club set up a flagship senior team. In the team's first season within the Lincolnshire League they secured a credible fourth place finish for which the foundations for the future were set.

Now rebranded as Cleethorpes Town, the club has redeveloped into an important community outlet. With over 35 teams competing at every level of local and regional football, the Owls are one of the largest clubs in the area and still continues to expand in all areas. The excellent array of teams and high quality coaching saw the club awarded with Football Association Charter Standard Community Club Status thus further underlining the clubs commitment to providing high quality football coaching alongside enjoyment for youngsters.

The development and evolution of Cleethorpes Town Football Club has been spearheaded by the first team. With the arrival of a new manager during the 2010/11 season it saw the club who were languishing in the lower echelons of the Sills and Betteridge Lincolnshire League go on to finish the season in an amazing third place. In addition, the club collected the Supplementary Cup by defeating Heckington United in the Final at Sincil Bank.

The 2011/12 season saw the Owls not only become champions of the Lincs League but also win the Challenge Cup. Additionally, the club was accepted into the Northern Counties East League. Our first season in the NCEL saw us finish fourth in the Division One table with some impressive victories along the way. It was a steep learning curve for the players, management and staff.

The 2013/14 started with a change of management and Marcus Newell was brought in. The season started off at a medium-pace, but a long unbeaten streak mean the Owls were top of the league at Christmas. However, we had a slow start to the New Year and fell seven points behind with only a handful of games remaining. With the pressure at its highest, others around us felt it most and we managed to secure the title with one game to go.

In 2014/15 the club started life in the NCEL Premier Division in slow fashion and with a mountain of cup games fell behind the main pack. But once the FA Cup exploits had finished, we went on a run of eleven then nine games without defeat which saw us climb the league table and had the rest looking over their shoulders. We finished the campaign in 4th place, and also got to the NCEL League Cup Final which we narrowly lost.

Cleethorpes Town represented the Northern Counties East League in July 2015 in the Toolstation Cup in Bristol where the team played Willand Rovers. A nine-goal thriller ensued, and the Owls lifted the trophy.

The Owls began season 2015/16 in sluggish fashion and sat second bottom in the league table in September. However, a great run for the rest of the season saw the team finish in third place to record the sides highest ever league finish. In addition to this Cleethorpes Town reached the last 32 of the FA Vase for the first time and finished the season in style by beating league champions Tadcaster Albion 3-2 to lift the Northern Counties East League Cup in a thrilling cup final.

The 2016/17 season saw the side win the NCEL Premier Division setting new records, also the Lincolnshire Senior Trophy was added in the same season. Then the side made it to the Final of the FA Vase where the side lost, but the efforts of all to reach Wembley within 20 years since the sides formation was truly remarkable.

The start of the 2017/18 season in the NPL proved a challenge whilst the cup results where excellent the league results where difficult. In the Autumn Marcus Newell stepped into behind the scenes role as David Smith took the reins as first team manager. The club went on to win the Senior cup, which is an excellent platform to build upon for the new manager.

The club is determined to make further strides to improve and fulfil their immediate ambition of becoming North East Lincolnshire's most successful lower league football club. With construction of a new stadium back at the true home of Cleethorpes Town Football Club, the Linden Homes Club completed, it is a truly exciting time for the Owls.