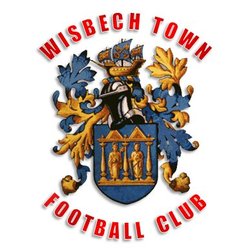 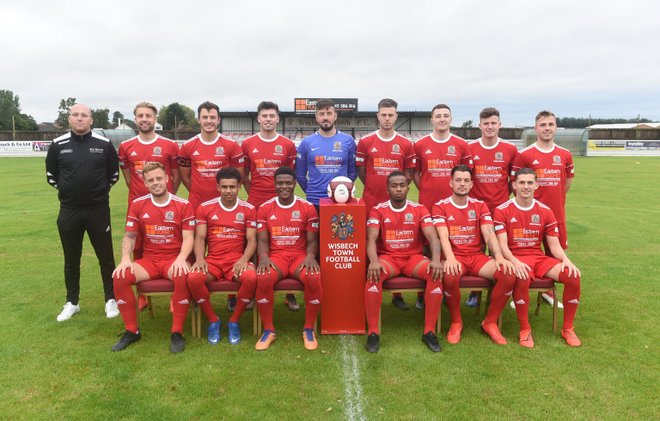 Wisbech Town have announced that Sam Murphy and Beckham Kennelly have returned to the club.

Seb Hayes has resigned as manager of Wisbech Town.

With football becoming more popular after the First World War, the existing local clubs were no match for the other Town Clubs in the area, such as March and Kings Lynn. So a decision was made in 1920 to amalgamate three local clubs to form a Town football club which then entered the Peterborough and King's Lynn Leagues - the latter won at the first attempt – while in the F Amateur Cup they reached the First Round Proper in 1930/31 only to go out to the losing finalists Hayes.

The Peterborough League Championship was won in 1925, 1928, 1929, 1932 and 1933. The club then turned semi-professional, a Limited Company was formed, and entry made into the United Counties and the East Midlands Leagues. The first professional signed was ex-West Ham and Nottingham Forest star Sam Jennings and the UCL Cup was won at the first attempt.

When football restarted after the War, Wisbech reached the First Round Proper of the FA Cup, losing to Ipswich Town over two legs. In 1947 the club purchased its own ground, Fenland Park, where record crowds saw the UCL title won in 1947, 1948 and 1950.

A switch was then made to the Eastern Counties League, and, after winning the League Cup during a two-year stay, the club gained entry to the old Midland League. In the last of their six seasons of membership - 1957/58 - the Town finished as runners-up to Peterborough United who provided the opposition when the record gate of 8,044 was set. That season they reached the Second Round of the FA Cup by beating Colchester United 1-0, only to lose 2-1 at Reading.

The Fenmen, as the team had then become known, went in for star players and former England Internationals Jesse Pye, Bobby Langton and Billy Elliott were just three who graced Fenland Park with their skills.

The club entered the Southern League in 1958 and remained there for 12 seasons, their only honours being their Inter-Zone Group title in the first campaign and the Division One title in 1962.

In the FA Vase, Wisbech have a proud record having reached the Semi-Finals twice, losing over two legs to Halesowen in 1985 and to Southall a year later. In 1988 the club reached the Quarter-Finals losing to eventual winners Tamworth.

In 1995 The Fenmen again reached the First Round Proper of the FA Cup losing to Kingstonian. This stage in the competition was again attained in the next two seasons, the last making a second appearance in the Second Round Proper losing to Bristol Rovers in front of 3,500 spectators at Fenland Park.

Promotion was won to the Dr Martens Midland Division in 1997 and in the first season back in the League after 27 seasons the team finished in a creditable fifth place. Four more seasons with the lack of finance the major factor followed before relegation back to the Eastern Counties League.

In the first season back in the ECL, under manager Ian Benjamin, the Club enjoyed a good FA Cup run, reaching the Fourth Qualifying Round and enjoyed a 17-match unbeaten run in the League, eventually finishing in sixth place.

The next few seasons were disappointing, even flirting with relegation, previously unheard of for the Fenmen at this level. The appointment of Dick Creasey as manager in December 2004 saw an upturn in the Fenmen’s fortunes, finishing 4th in 2005/06, whilst a rather slow start to the 2006/07 campaign dented the Fenmen’s chances of challenging for the League, but a run to the Fourth Qualifying Round of the FA Cup was a welcome distraction. Poor form at home meant a mid-table finish was always likely and with the purse stings being tightened, Dick decided to call it a day.

His replacements, Ian ‘Jigger’ Jones and Mel Mattless, only lasted a few weeks and it was down to Roy McManus to guide the Fenmen to eventual mid-table safety. Steve Taylor was given the task of overseeing the team at the start of the 2008/09 season, but he resigned after a couple of months and was replaced by Gary Setchell. The team eventually finished 16th, having been at one stage in the relegation zone. Gary decided to take the manager’s job at newly-reformed King’s Lynn Town in January 2010, and Steve Appleby was appointed in early February 2010 with Chris Dear as his assistant. The team eventually finished 11th in the League.

In 2006, financial problems led to the sale of Fenland Park, the Fenmen’s home for 61 years. The final game was played there in September 2008 and after two seasons playing at “The Nest” in Outwell, The Fenland Stadium hosted its first game on Saturday 14th August 2010, an FA Cup tie against St Andrews. 663 people turned up to watch the historic match which the Fenmen won 5-0. Tommy Treacher went into the record books as the scorer of the first goal at the new ground.

In 2010/11, the club’s most successful for a while, the Fenmen finished fourth in the league and also won the League Cup, the club’s first trophy in 16 years. 2011/12 saw fourth place in the Ridgeons League secured once again and an FA Vase run which ended in a Fourth Round replay defeat at eventual winners Dunston UTS.

The 2012/13 season saw the club finish runners-up to Dereham Town in the League but gained some consolation winning the Red Insure (ECL) Cup with a 2-1 win over Stanway Rovers. Promotion to Step 4 was declined during the close season and instead the club transferred to the United Counties League.

Steve Appleby resigned as manager after six games and was replaced by senior players Paul Cousins and Scott Johnson. Scott stepped down in January 2014 and was replaced as joint-manager by Dick Creasey, who returned to the Fenmen’s dugout permanently in after a couple of stints as caretaker manager in 2010 and 2013. The club made it through to the Quarter-Finals of the Carlsberg FA Vase, unluckily losing 1-0 away to eventual winners Sholing. In the League, seventh place was achieved, which was lower than had been predicted by many, but not surprising given the cup run and managerial changes.

2013/14 saw the Fenmen challenging for honours in the UCL after a 12-match winning run in the second half of the season put them in contention. The team ultimately finished 3rd after two away defeats in April cost the chance of runners-up spot as well.

After initially agreeing to stay on for the new season, Dick Creasey resigned as manager in June 2015 and was replaced by Brett Whaley. Brett’s tenure as manager started well, but after eight home defeats in the league, he resigned in late March 2016 and was replaced by the returning Dick Creasey. Once an inconsistent start to the 2016/17 season had been negotiated, the team finished 6th in the UCL and runners-up in the League Cup.

Dick Creasey called it a day 11 games into the 2017/18 season after a run of four defeats and he was replaced by Gary Setchell, some seven-and-a-half years after his last game in charge of the Fenmen. Just three league defeats for the Fenmen over the next eight months meant that a win over Daventry Town on the final day of the season would see the team crowned UCL champions. Unfortunately, the match finished one-all and so the Fenmen had to make do with the runners-up spot and promotion to the Northern Premier League East Division.

The Fenmen’s first season at the new level proved to be a difficult one, with a record low of only six wins in the League all season, but relegation was avoided thanks to 13 draws which meant the team finished in 17th place. Gary Setchell decided to end his tenure as manager after the end of the season and the club appointed Seb Hayes as his replacement, for his first job at this level. He was left with almost no players from the previous season and has had to build a squad virtually from scratch to compete in the BetVictor Northern Premier League South East Division.