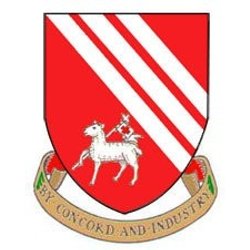 Droylsden have announced the signings of Jack Kay and Tom Moore.

Droylsden have announced the signing of Reece Webb-Foster.

Droylsden had a season to forget last term and they’ll be looking to start off on the right foot when they host Colne this weekend.

Droylsden were originally formed at the invitation of Joseph Cropper, the landlord of the Butchers Arms public house, to play behind the pub. After twenty years of friendlies and local leagues, disbandment, reformations and changes of strip, the club emerged from World War I the sole survivors amongst the village teams, and as members of the Manchester League.

The club also adopted their now traditional colours of red and white, the inspiration for the unusual nickname of The Bloods.

Two games in the 1921 Manchester Junior Cup Final against Hyde United who were in the Manchester Football League attracted over 1,500 fans to see Hyde prevail. However, the Bloods had their revenge two years later, taking the Cup from their local rivals.

The 1930s was the era of Droylsden's record goal scorer, Ernest "Gilly" Gillibrand, scorer of 275 goals in just four seasons. Gilly's goals saw Droylsden to the Manchester League Championship in 1931 and again in 1933, and in the latter season he aided Droylsden to the Third Qualifying Round in their first season in the FA Cup.

In 1936, the club successfully applied to join the Lancashire Combination and, a season later, became a nursery club to Manchester City, whose A team played at the Butchers Arms. Also, their surplus players were available to Droylsden, who were then disqualified from the FA Cup.

When other competitions were suspended in 1939 at the start of World War II, Droylsden entered the Cheshire League, reaching their highest ever league position as runners-up in their second season in 1945/46. However, the club couldn't build on that start and, four seasons later, failed in their second successive bid for re-election. Worse was to come with the sale of the Butchers Arms lease to Belle Vue FC, who renamed themselves Droylsden United. All of which meant that the Bloods were forced out to the nearby Moorside Trotting Stadium. The town wasn't big enough for two clubs, especially with bad feeling between them, and after the local council bought the ground, a merger was negotiated.

Droylsden came home in 1952 to a renovated ground whose pitch had been rotated to its present position, finally eradicating a long-standing drainage problem.

Two decades in the Combination ended in 1968 with a return to the Cheshire League, after the formation of the Northern Premier League. The club won the Manchester Senior Cup in 1973, 1976 and 1979 and enjoyed some FA Cup success, reaching the Fourth Qualifying Round four times in five seasons and the Cup proper twice.

In 1976 Droylsden lost 5-3 in a First Round replay at Grimsby Town, after a late home goal was disallowed. In 1978, Dave Taylor's goal at Rochdale sent Droylsden through to a Second Round tie at home to Altrincham, who ended the run with a 2-0 win. However, when the late 1970s side broke up, Droylsden's fortunes slumped, and they finished a distant bottom of the First Division in 1982. They were then placed in Division Two of the new North West Counties Football League. The unstable period ended with the appointment of Mark Fallon as player-manager. In his second season Fallon guided the club to the Second Division Championship, which was Droylsden's first senior honour.

After finishing third in the inaugural season of the Conference North in 2004/05, Droylsden were looking to go one better and reach the top tier of non-league football for the first time in their history. A fourth-place finish in the 2005/06 season gave Droylsden a second chance to reach the Conference National through the Play-offs. However, they narrowly missed out on promotion in a penalty shoot-out in the final against Stafford Rangers.

A return to the Blue Square North in the 2008/09 season saw Droylsden finish seventh with an almost completely rebuilt squad. Winners of the Manchester Cup and a long unbeaten run in the FA Cup, only to be disqualified for an administration error regarding an ineligible player.

2009/10 saw Droylsden clinch a Play-off spot finishing fifth in the league and after a great display against Fleetwood Town winning 2-0, they lost the away leg 3-1 and went out 5-4 on penalties

The 2010/11 season threw up a mixed bag of results and given the high standards the club has set itself over recent years it was a disappointment not to be involved in the Play-offs, having said that the club continues to punch above its weight in the Blue Square North on low attendances and should be proud that they are able to compete in such a tough league against clubs of such high pedigree.

The FA Cup and the FA Trophy runs were highlights of the season. The team got further than ever before in The Trophy which was a fantastic achievement in itself. The club was also involved in a great FA Cup run culminating in drawing at home to Leyton Orient on live television only to be beaten in extra-time at the away replay in a somewhat bizarre ending to a game in which for long periods the Bloods outplayed the O's.

Silverware was once again in the trophy cabinet courtesy of another Manchester Premier Cup win over Ashton United in the final. The Bloods winning a competitive game 4-3.

The 2011/12 season saw the Bloods finish in a respectable ninth position in the Blue Square North.

They exited the FA cup at the 4th Qualifying Round after two games with Blyth Spartans which was disappointing as they dominated these matches but could not convert the chances that came their way. A great win over Mansfield Town at home in the FA Trophy was a season highlight but they were beaten in the next round by Kidderminster Harriers. Droylsden’s dominance of the Manchester Premier Cup in recent years came to an end when they were not in a position to field a team to contest the Final, the game and the cup were awarded to Mossley.

The 2012/13 season proved to be the worst season for a good number of years in terms of both results and off field problems, financial constraints on the club meant that more resources were channelled into sorting out these finances and the playing side obviously suffered, perhaps inevitably relegation loomed for most of the season despite the best efforts of management and players..

The 2013/14 season was a disaster on the field but off it a great triumph was relatively unheralded outside the club and that was the achievement of staying in business and being able to continue the history of Droylsden FC, all funds were channelled into paying off our debts with nothing left for the playing budget, inevitably despite the best efforts of everyone involved relegation to the EVO-STIK NPL First Division ensued.

The 2014/15 season finally saw some stability return to the club, off the field our chairman managed to bring our finances under control with the settlement of a large debt, and on the field we were in a position to field a competitive team for the first time in a few seasons. A mid-table finish was a great improvement on previous years and whilst it was not a remarkable season in terms of success it stopped the downward spiral the club had been involved in.

The 2015/16 season was another season of consolidation and was pretty much nondescript in the main, no good cup runs and a league campaign which was disappointing, although there was never a real possibility of relegation a final league position of 19th was not what anyone had wanted or expected but the club showed its fortitude once again by maintaining its trading position.

The 2016/17 season was a season of underachievement, in that the team never really fulfilled its true potential on the pitch, we were back to the good football and passing which has been our hallmark in the past but too many games were either lost or drawn and a thirteenth position in the league was not the impact which was wanted.

The 2017/18 season was definitely a season of two halves, the run up towards the festive period was looking good, good league position and going well, culminating in the Team of the Month Award for December but the New Year saw the onset of a really poor run of form which left all our early progress in tatters, eventually finishing in thirteenth position in the league, safe, but not good enough for the Bloods faithful who were hoping for better times especially given our blistering start.

The 2018/19 season was a season of under achievement the team finished in fourteenth position at the end and although it started quite brightly there was no consistency throughout and any hopes of a return to the premier division were quashed sooner then we all had hoped, we were never looking to be in a position where we were in danger of relegation but for the Bloods faithful and indeed the management it was not the season they had hoped for.