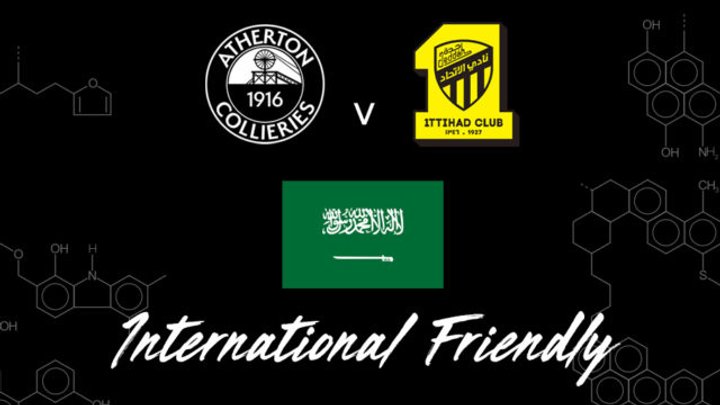 Al-Ittihad are the oldest football club in Saudi Arabia and boast a list of honours having competed in the FIFA World Club Cup through winning the Asian Champions League in both 2004 and 2005.

The Tigers are currently training in Greater Manchester and have played a behind closed doors match against Bolton Wanderers.

Manager Michael Clegg said: “Al-Ittihad are using Bolton as a training base this week and they wanted an extra game before they head back to Saudi Arabia. I want to thank Simon Marland (Bolton Wanderers' Secretary) for all of his help with this one. He is an amazing person and he loves his non-league."

"Something like this doesn't come around often. The whole experience is going to be incredible for our lads and for the supporters of this club. We are going to greet Al-Ittihad and treat them with the respect that they deserve."

"Atherton Collieries are on an amazing journey, on and off the field and this is just another part of the story which will be spoken about for many years to come. I'm extremely proud to be the club's manager."

Al-Ittihad play at the 62,345 capacity King Abdullah Sports City stadium. They were founded in 1927 and last won the country’s top league back in 2009. Al-Ittihad have been in Manchester prior to their Last 16 tie in the AFC Champions League (the Asian equivalent to UEFA's ) against Zob Ahan of Iran which is the next match Al-Ittihad play after their visit to Alder House

Full details of the match, which will take place on Wednesday July 24 at 7pm, with admission prices will be announced in the next couple of days.