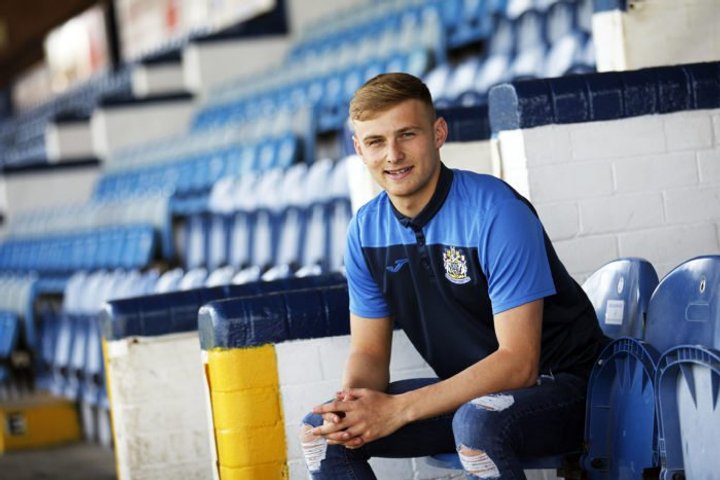 Curran, 21, scooped the gong while at Colne which secured his summer move to the National League club.

He was registered by the Reds in time to make his debut against Stafford Rangers last week, though he will be ineligible to feature in their FA Cup tie with Warrington Town this weekend.

FC United boss Neil Reynolds said: "I am absolutely delighted to sign Alex on loan for FC, we along with a number of clubs were very keen to sign him in the summer as one of the hottest properties in non-league, but the lure of playing full-time for Stockport on a long term deal was too strong, so to now have his services at our disposal is fantastic.

“Alex is a very attacking player who can play down the middle, coming in off the wing or as a #10, so he’s going to really bolster our attacking options.

“In addition to being a great talent, he’s a level-headed lad and meets the criteria for any player that comes to FC, they have to be able to improve the squad and be the right calibre of individual, Alex is certainly both and I can’t wait to work with him.”

A former Blackburn youngster, Curran scored 43 goals in 87 appearances in his two seasons at Colne.

 RTB back to bring goals to Stafford Stafford Rangers have re-signed striker Robert Thompson-Brown, their top scorer from two seasons ago.