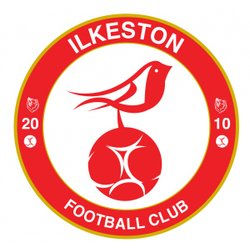 Ilkeston FC have provided a written undertaking to fulfill all their remaining fixtures of the 2016-17 EVO-STIK Northern Premier League season.

EVO-STIK Northern Premier League Ilkeston FC are teaming up with three key community agencies to offer youngsters a sporting outlet and encourage them to think more about healthy eating and their well being.

The EVO-STIK Northern Premier League has published a full and detailed explanation of the decisions behind the suspension of Ilkeston FC at the start of the season in the interests of transparency for members clubs and supporters.

Further to previous statements issued by the EVO-STIK Northern Premier League, the competition is yet to receive evidence of payment to creditors by Ilkeston FC.

Further to the league’s statement issued on Friday 12 August, the EVO-STIK Northern Premier League has not received formal clarification or confirmation of the status of outstanding payments to creditors by Ilkeston FC.

Ilkeston FC are striving to produce a new football fairy story and the first few chapters make terrific reading. It all began in September 2010, when Ilkeston Town were liquidated. It’s important to realise that the club didn’t just go into administration, ripe for someone to step forward and pick up the pieces.

They were actually wound up by the courts, principally because they owed some £150,000 to the Inland Revenue, and desperate supporters had every reason to believe it would be the end of football in the Derbyshire town. Fortunately, Dave Mantle had other ideas. A few months earlier he had formed an alliance with the stricken club through his company - SR Education - who are specialist education providers.

Their role was to set up a scholarship scheme at the New Manor Ground and when the end came, he felt it would be a shame to allow the good work done with manager Kevin Wilson and his assistant Darren Caskey to go to waste. Consequently, Mantle decided to launch a bid to take over the assets at the New Manor Ground - and he pulled off the deal with the liquidator and Erewash Borough Council, who own the ground, in 2010.

It was too late to apply for a position within the League structure for that season. But the scholars were kept on and relieved fans of the new Ilkeston FC took great delight in seeing them complete a League & Cup double in the Central Alliance. Mantle wisely took on Wilson and Caskey as part of his new team and together, they worked out a five-year plan. It was aimed at getting the club into the Conference North within that period of time and the success would be based on discovering and developing their own young players.

“Going young” was the firm policy and among the first moves Mantle made was to spend £100,000 on purpose-built classrooms within the ground to ensure the scholars had the best possible chance to earn qualifications. He knew full well that the majority of the scholars wouldn’t be good enough to earn a living from football and argued that the club had a massive responsibility to ensure that when they left Ilkeston FC, they would be equipped to get themselves a job.

Perhaps controversially, the FA took at good look at the resources available at the New Manor Ground, studied the incredibly detailed five-year plan and decided to award the new Ilkeston FC a place in the South Division of the Evo-Stik League. That decision was fully justified when Wilson’s men hit the ground running, winning promotion to the Premier Division in their first-season and attracting huge support by non-league standards.

The 2012-13 season was a period of consolidation as they finished mid-table in the League. But there was a trophy success to celebrate on a memorable night at Chesterfield when the Robins came from behind to beat Matlock Town in the Derbyshire Senior Cup Final. All the while, the Academy was absolutely central to the activities of the club and although progress ground to halt at first-team level last season - at one stage they were embroiled in a relegation battle - the bigger picture was starting to emerge.

Caskey was instrumental in developing a really talented group of scholars who cleared five hurdles in the FA Youth Cup to reach the second round proper and also got to the semi-finals of the nationally run Conference Youth Alliance Cup. There’s no doubt that it was a massive blow when Caskey, the former Tottenham and Reading star, left to become assistant-manager at Gateshead. But Mantle and Wilson pulled off a major coup when they persuaded Steve Chettle to leave Nottingham Forest and take over as Academy manager.

By the start of this season, influenced by the need to bring costs more in line with income, the decision was taken to make home grown talent the nucleus of the team. According to Wilson, it was happening a year earlier than planned. But several of the youngsters had already been in and around the first-team for a year or more and he was confident that they would respond to the challenge.

Some fans were sceptical about the decision to start the season with a team that had an average age of 19 - including 31-year-old striker Rob Duffy. But they kicked off with a 4-1 win at Witton Albion and when Trafford were trounced 6-0 the following Saturday, the doubters were quickly won over.

Mantle deserves great credit for having the vision to take the club down a ‘different’ route but establishing Ilkeston FC as a non-league force has not been achieved without problems. Before a ball had even been kicked in League action, Mansfield defender John Thompson suffered horrific head and other injuries in a clash with Gary Ricketts during a pre-season game at the New Manor Ground.

For the first four years of the club’s existence, the threat of legal action hung over them and the situation was made infinitely worse when Ilkeston FC discovered that their insurance policy did not cover the type of incident that caused Thompson’s injuries.
Although an out-of-court settlement was eventually reached with Thompson in August 2014, that payment - plus legal costs - has had a massive impact on the club’s finances.

At last, though, Ilkeston FC found themselves in a position where they knew where they stood. The damaging uncertainty had been removed and although it’s bound to take time to get the finances back in order, they can finally look to the future with confidence, ready to extend the fairy story.

Finishing the 2014/15 season in fifth place and just inside the play-off places, The Robins were looking to end the season on a high. Beating Workington 0-1 in the Play-Off Semi Final, saw them face Curzon Ashton in the Play Off Final. Here The Robins went down 1-0 and just missed out on promotion. This was also to be the last game for the management duo of Kevin Wilson and Steve Chettle, who both moved onto pastures new.

A new era was now upon the New Manor Ground with a new Head Coach in Gavin Strachan. However, Gavin was to leave the New Manor Ground in Mid October, when he had the opportunity to join Darren Ferguson at Doncaster Rovers. He was replaced by his assistant at Ilkeston FC, Andy Watson. Watson came with a wealth of experience, having worked as assistant manager to Alex McLeish at Glasgow Rangers, Birmingham City and the Scottish National side.

Ilkeston FC finished the 2015/16 season looking very different from the start. Gavin Strachan left the club in October to join Doncaster Rovers as Assistant manager. This move saw his assistant at Ilkeston, Andy Watson take over first team duties until the end of the season. Eight of the first teams quad were released in February 2016 and the squad for the remainder of the season was made up of the club’s FA Youth Cup team. A run of nine straight defeats saw Ilkeston flirt with relegation for a short while, before three wins in the final five games of the season saw them move up to 14th place.

For the 2016/17 season, Academy Director Paul Holland takes over in the hot seat and is assisted by Academy Manger Steve Welsh.