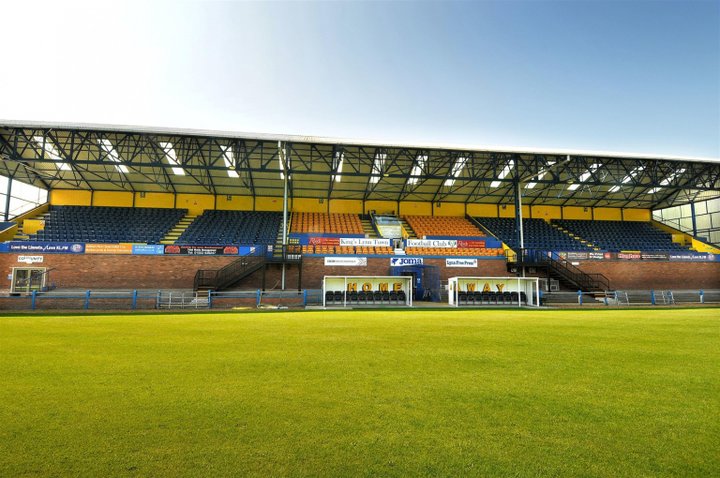 Warrington Town are one game away from promotion to National League North, and standing in their way are former Northern Premier League club King’s Lynn Town.

Drama involving their play-off semi-final opponents Stratford Town, who were being investigated for fielding an ineligible player, meant the game was delayed until Saturday, with King’s Lynn eventually coming from behind to win 3-1.

They then eased past Alvechurch in front of 1,617 fans 3-0 on Bank Holiday Monday.

The original King's Lynn played in the Northern Premier League from 1980 to 1983, before being transferred to the Southern League.

The former club was founded in 1879, symbolised in the club’s current logo, and won the Northern Premier League Presidents Cup in 1982/83.

They returned to the NPL in 2009/10, after being demoted from Conference North due to ground grading issues, and went out of business midway through the season.

The newly-reformed King's Lynn Town earned promotion to NPL Division One South in 2012/13, earning a second straight promotion to the NPL Premier Division where they spent two seasons, before once again being transferred to the Southern League.

A poor start to the season saw him part company with the Gingerbreads in October, before returning to King’s Lynn who he had left in the summer after defeat in their play-off final.

Striker Michael Gash was once sold for £55k from Ebbsfleet to York City, and he has also played in the Football League for Barnet and Accrington, as well as spells at Kidderminster and Cambridge.

Warrington and King's Lynn have never met, though do have something in common - their club record crowds were both against Exeter City in the FA Cup first round (Lynn back in 1952/53, and Warrington in 2014/15).