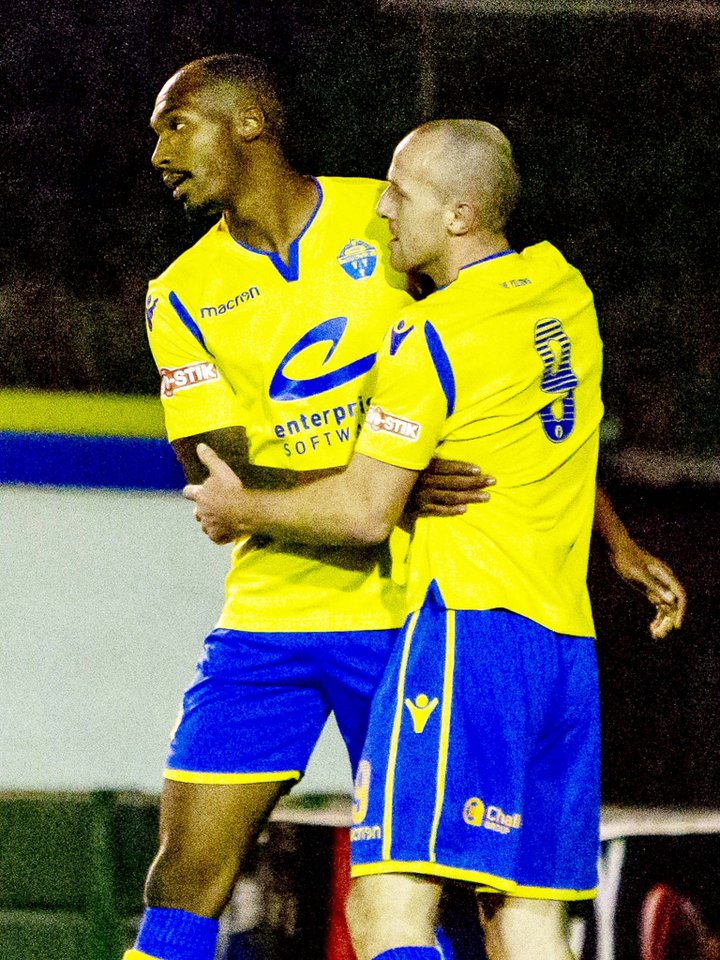 They certainly didn't expect Brig to suffer a 5-0 hammering on their own Irongate turf!

The Lincolnshire outfit were already two-goals up through Scott Vernon and Jonathan Oglesby by the 15th minute when Brig went down to ten-men following a straight red card for Michael Potts.

Oglesby completed his hat-trick after 67 minutes and Josh Batty made it a nap hand in stoppage time.

An all-NPL Premier Division replay saw Coalville Town ease past Buxton at Owen Street 4-1.
Alex Dean after 6 minutes and then Tom McGlinchey just before the break gave the Ravens a two-goal interval cushion.

Bradley Grayson reduced the deficit after 66 minutes, only for Dan Creaney to restore Coalville's two-goal advantage which Tom Berridge stretched to three in the final seconds.

Another NPL Premier Division side through are Warrington Town, who saw off Ebac Northern League First Division Consett 2-0 at Cantilever Park.

Early goals in the 7th minute from Tony Gray and 12th minute from Bohan Dixon (both pictured above) proved too much for the north-east outfit.

Sam Cartwright broke the deadlock to give the Saints a 67th minute lead that Ollie Snaith doubled just 4 minutes later.

 Tesco deliver the goods for Linnets RUNCORN Linnets FC fans are checking out improvements to the club car park - sponsored and carried out by Tesco.