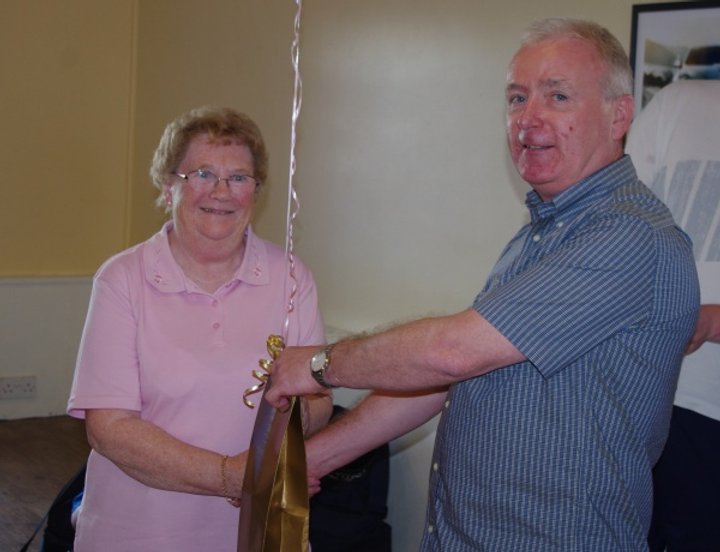 Farsley FC have honoured two of their unsung heroes with Honorary Vice-President status.

Stuart’s contribution to Farsley is well-known within the club through decorating to regularly seen white-lining the Throstle Nest surface.

To do these tasks, Stuart commutes from Nottingham nearly every single – one of the reasons why the board felt his commitment to the club should be recognised.

The board also decided to honour Margaret, who is well known, not just at Farsley, but throughout the non-league world for her long stint as club secretary.

Margaret has served Farsley for over 25 years and only a few years ago recognised by the Leeds FA for her long-service.
Currently, she looks after the visiting directors in the hospitality room.

Stuart and Margaret were presented with their awards by Bill Geelan, from main sponsors Suddards and Davies.