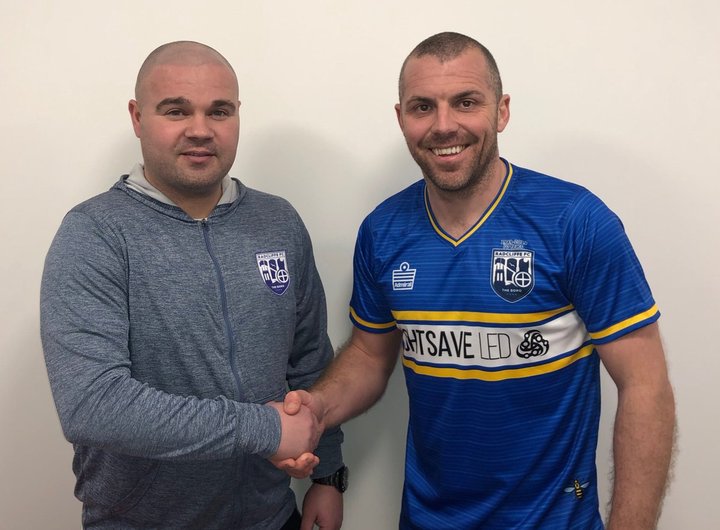 Radcliffe have appointed Lee Fowler as manager and he has made his first signing.

Fowler, 36, featured for Huddersfield, Fleetwood, Doncaster and Crawley amongst others across a 19-year playing career.

He has since managed Nuneaton Borough and Ilkeston Town, before a stint as assistant at Bradford Park Avenue.

Fowler said: “I’m really looking forward to getting down to hard work and hopefully being able to bring some smiles and continuity to the club and then the players too.

“Frank and Jon have done a fantastic for this club, you have to give them real credit. All of a sudden lots of things happened in a short space of time, That changed the dynamics of a club on the playing side meaning now I’m here, I want to try and make things better day by day and more connected.

“My final message to the fans is, let’s applaud what a great job Jon and Frank have done for the club but now we have to move forward. Back the club, the players, myself.

“I will always be approachable before and after games and so will my players and staff. So any questions good or bad come have a pint or a coffee and a chat. Let’s get some smiles back on people’s faces, some positivity and a team to be proud of.”

Working alongside Fowler will be former Liverpool midfielder David Thompson, who has been appointed assistant.