Heartbreak for Yellows in super play-off 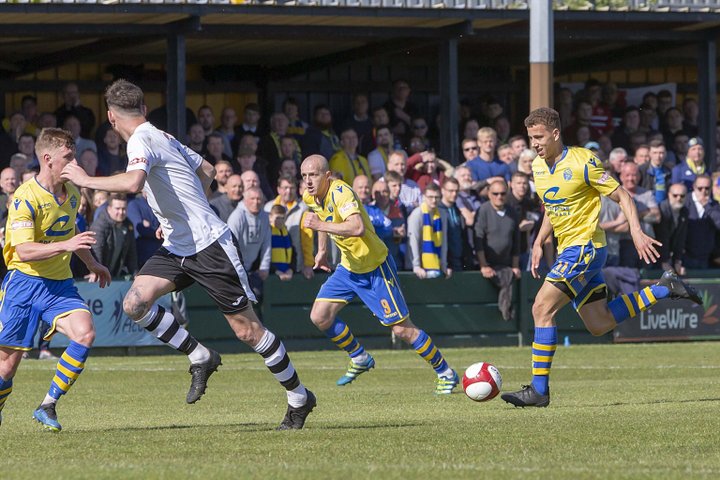 There was extra-time heartbreak for Warrington Town as they lost 3-2 in the super play-off final against King's Lynn Town.

The visitors led after 15 minutes, Jordan Richards hitting a first time shot in to the bottom corner after a cross was half cleared.

Warrington turned things around thanks to a brace of headers from Ben Garrity, including a carbon copy of his goals in the NPL semi-final victory over Nantwich Town.

It looked like the hosts had done enough but they were dealt a killer blow just five minutes from the end when the excellent Adam Marriott went down under a challenge from Robbie Evans in the box, with referee Paul Johnson pointing to the spot.

Marriott stepped up and kept his cool from the spot to beat Tony McMillan, who had pulled off some fine saves throughout.

Josh Amis had a golden opportunity five minutes in to the extra time period, but it would be Lynn that struck the crucial goal, Gash cutting inside from the left and finding the bottom corner.

Defeat means Warrington will remain in the EVO-STIK Northern Premier League next season, and that Radcliffe are the only one of the three NPL play-off champions to gain promotion.