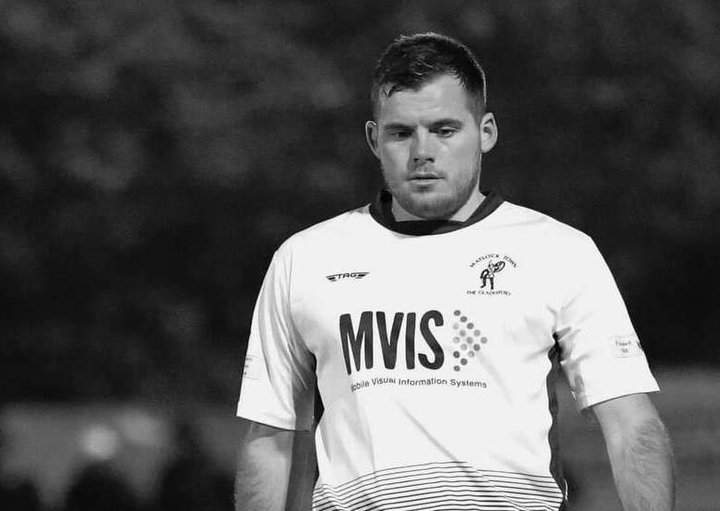 The Northern Premier League would like to extend its condolences to the family, friends and team-mates of Jordan Sinnott.

Sinnott, 25, passed away shortly before 7pm on Saturday evening with his family and friends at his bedside.

A Matlock club statement said: “We are very sorry to report that Jordan Sinnott has passed away.

“We understand from the Police that following a serious assault in Retford town centre yesterday evening Jordan was found unconscious with a suspected fractured skull. He was taken to hospital where he was treated for the injuries and put on a life support machine.

“The news that his condition was very serious and he was on a life support machine was received as players arrived for the game at Mickleover and after discussion with the Players, League and Mickleover it was agreed that the match should be postponed to a future date.

“All of the Matlock Town players and Officials returned to the Club House at Matlock.”

Sinnott joined Matlock Town from Alfreton Town in the summer, and had scored seven goals in 15 appearances, including a hat-trick in the recent Integro League Cup win over Basford United which tragically turned out to be his final match.

A former Huddersfield Town trainee, he played under father Lee - a well known figure himself in the NPL having been manager at Farsley Celtic and most recently Gainsborough Trinity - at Altrincham, and also had spells at Bury, Halifax Town and Chesterfield, before moving to Alfreton in 2018.

After receiving news of his condition earlier today, Alfreton postponed their game against Gateshead in the National League, while Matlock’s game at Mickleover Sports was also called off.

Tributes have been flooding in from team-mates and the wider footballing public.