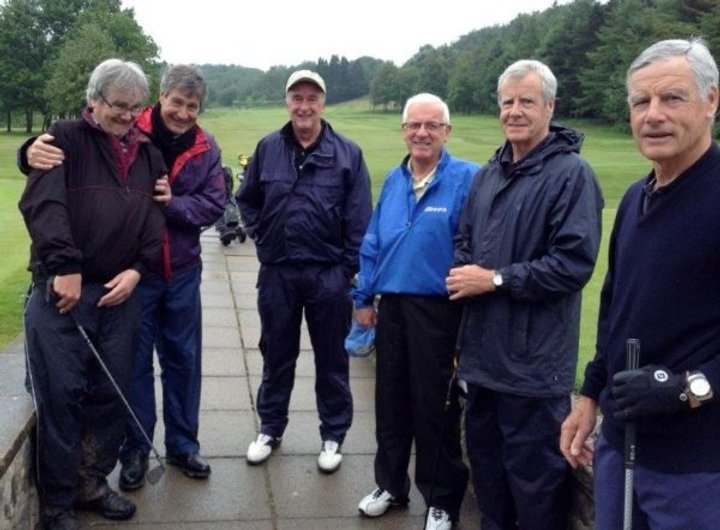 Matlock Town are mourning the loss of their record appearance maker, Mick Fenoughty who died on Thursday .

Fenoughty, 72, was one of the three legendary brothers who played key roles in the Gladiators successful sides of the 1970’s when they won the FA Trophy at Wembley in 1975, narrowly missing out on the NPL title in 1976-77 when they also reached the 3rd Round of the FA Cup knocking out that season’s Third Division champions, Mansfield Town, 5-2 on their own ground, and winning the NPL Cup against Boston United at Maine Road, Manchester in May 1978.

That 1975 FA Trophy final was the only occasion when three brothers have lined up for the same side in a Wembley final. His elder brother Tom, was captain and then manager from the summer of 1976, while younger brother Nick was part of a lethal Matlock attack that scored goals for fun.

Mick saw both lean times and success at Matlock, making his debut for the Gladiators in August 1971, a heavy 8-0 defeat at Chorley representing the Gladiators’ highest ever NPL defeat. Matlock were regularly in the bottom half of the table during his early years at the club but were transformed following the appointment of Peter Swan as manager during the summer of 1974. His best position was on the left flank making the number eleven shirt his own, but he was also highly adaptable, filling all the outfield positions at some point or other.

In all he played 673 times for the Gladiators, scoring 100 goals. He played in four Derbyshire Senior Cup finals, winning two of them.

Mick was part of the squad which journeyed to Italy to take part in the Anglo-Italian tournament in March 1979. They lost narrowly to Chieti and Pisa but in the matches in England they had 2-0 wins against Juniorcasale and Cremonese to finish as English runners up to Sutton United.

When the call came to manage the Gladiators in December 1981 with them struggling in the bottom two, Fenoughty took up the challenge with gusto, remaining as a player as Matlock retained their NPL status and there was a quick upturn in their fortunes.

Under his management, Matlock achieved their highest ever NPL finish, finishing as runners up to Barrow in 1983/84, when he was named Manager Of The Season. Mick retired from management and football in 1985, shortly after scoring his 100th Matlock goal at Horwich RMI, but had maintained regular contact with the club, attending home games when he could , participating in the club’s Annual Golf Day and attending the club’s Sportsmans Dinners.

Paying tribute, Chairman Tom Wright said that the club had lost a great legend and friend.
“Mick Fenoughty was class both as a player and a manager. A one club man, he gave this club years of outstanding service, as did his brothers Tom and Nick. People still talk about the three Fenoughty brothers now. Mick was a gentleman but also a very competitive player who could glide past defenders, playing a key role in very entertaining teams. But he could fit in with ease in almost everywhere across the pitch. He was also a very good manager, thoroughly respected who brought and managed some excellent players in his time at Matlock.
.
“Mick without doubt is a club and non league legend who was a friend as well as an outstanding player and manager for Matlock Town Football Club. We were shocked to hear the news and we all pass on our condolences to the Fenoughty family and his friends at this terribly sad time. Mick’s excellent service to our club will never be forgotten, he was with us for fourteen years, and his number of appearances for the club will take some beating."