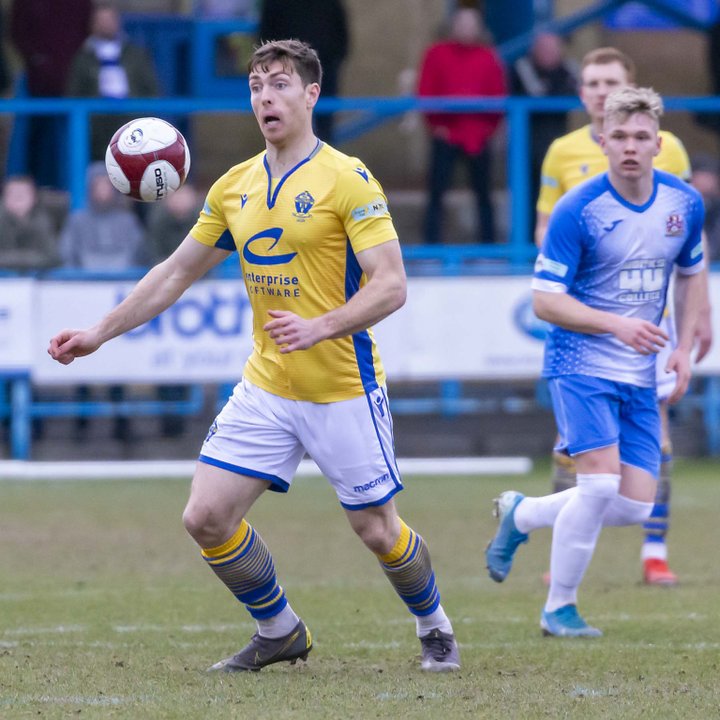 Sephton, 29, made his final appearance for the Yellows in their 3-2 win over Matlock a fortnight ago, and links up again with former Buxton boss Paul Phillips, who he played under last season.

Phillips said: “He’s a great lad, one for next season, he can give us an edge and has many strings to his bow, initially he’d have been ideal had we played with Spencer Harris and Luke Dean suspended.

“He’s the type of lad that the fans will like. But the Coronavirus issue obviously dominates everything at the minute and we’ll have to see where we are as a club financially. Hopefully we’ll get some good luck next season that we haven’t had this time.

“We need to see what happens with regard to the pre season and next season, some lads will fall by the wayside but the nucleus of our group is good and I have no doubts we’d have been okay.

“But the league doesn’t lie, we need to add some quality and at some point when the time’s right, we need to sit down as a club and sort things out financially for the implications of what’s happened will be massive for a lot of clubs.

“We don’t need to pay vast amounts of money, it’s about getting lads proud to wear that shirt.

“I’ll be talking to players, we want to give the Matlock fans something to cheer and enjoy.”

Statement: 2019/20 season  The Northern Premier League would like to update supporters on the current situation.