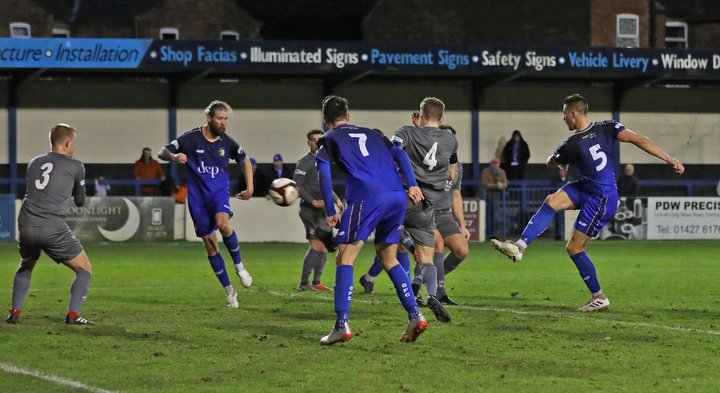 Gainsborough extended their unbeaten run in the BetVictor Northern Premier Division to six with a 3-1 win over Witton Albion.

The wheels have fell off Witton’s season in recent weeks, with five defeats in six since chairman John Salmon’s statement saying they wanted to re-evaluate their goals as they lay sixth in the table.

This latest defeat has them down in 14th, and they have won just once on their travels all season.

For Curtis Woodhouse’s Gainsborough though, a brace for Alex Wiles and Will Thornton’s goal 17 minutes from time, enabled them to keep above the drop zone, their ambitions will surely look at taking them to mid-table security and beyond. 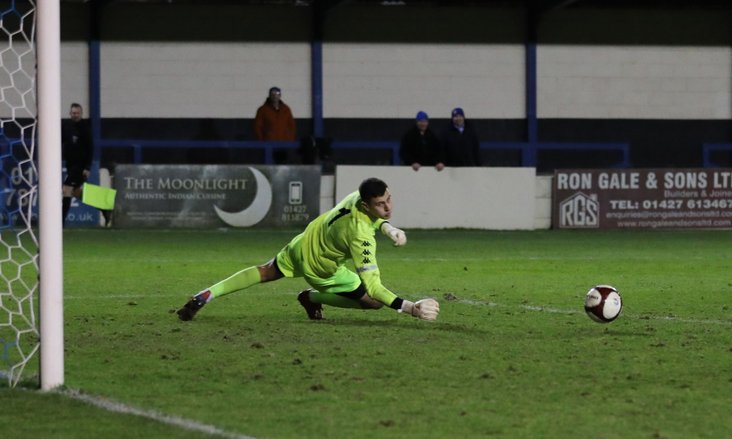 There was no change at the top as South Shields survived a second half fightback from Mickleover Sports to win 5-2.

High winds had put the game under threat on Saturday morning, but it went ahead, and goals from Phil Turnbull and Nathan Lowe swept Shields to a 2-0 half time lead.

It looked like being a routine home win for the Mariners, but two goals in five minutes from Patrick Webb and Andrew Wright dragged Sports back on terms.

But a brace for Sefton Gonzales, his first goals since joining the club from Colne, either side of a goal from Jason Gilchrist maintains their three point lead at the top. 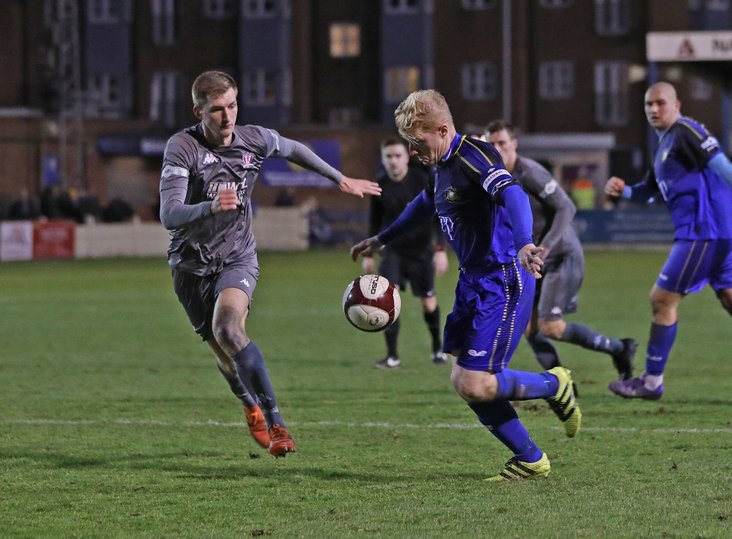 Nearest rivals Lancaster City show no signs of falling away, as they registered a comfortable 3-0 win at Grantham Town.
Matt Blinkhorn gave them the lead on the half hour, and Brad Carsley’s second half brace fired them to a seventh win on their travels this season.

Nat Watson bagged a brace either side of Ashley Worsfold’s goal to end Bamber Bridge’s recent away revival.

Stafford’s situation at the bottom of the table looks all the more desperate after they surrendered a 1-0 lead to lose 2-1 at nearest rivals Ashton United.
A win by two goals would have lifted Stafford off the bottom, but instead they fall six points behind the Robins - and 10 points from safety. 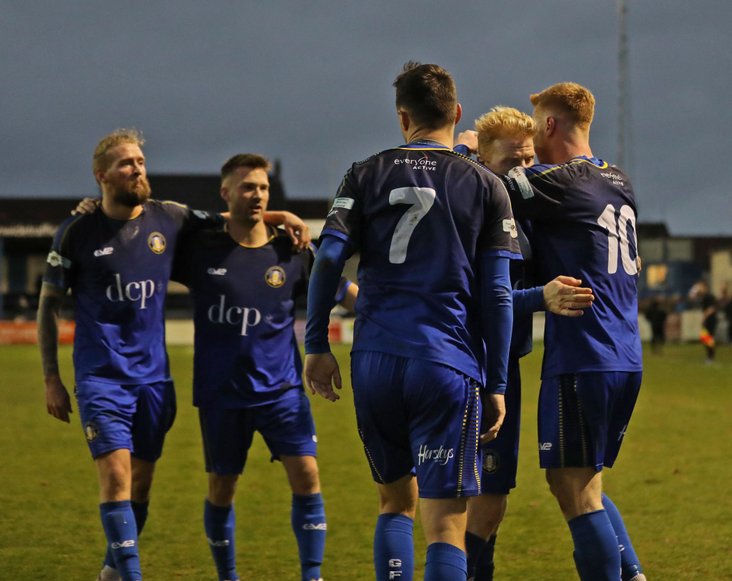 They took the lead in the first half through Josh Green, only for Josh Wilson to equalise after the hour. A draw wouldn’t have been ideal, but would have been better for Stafford than what ended up happening, Michael Brewster’s goal five minutes from time giving Ashton a crucial win.

Buxton remain in the relegation reckoning after they threw away a 2-0 lead to lose 3-2 at home to Morpeth Town.

Diego de Girolamo had the Bucks 2-0 up after 20 minutes, but Jack Foalle pulled one back five minutes before half time.

He added a second five minutes in to the second half and then completed his hat-trick to nab the win nine minutes from time. 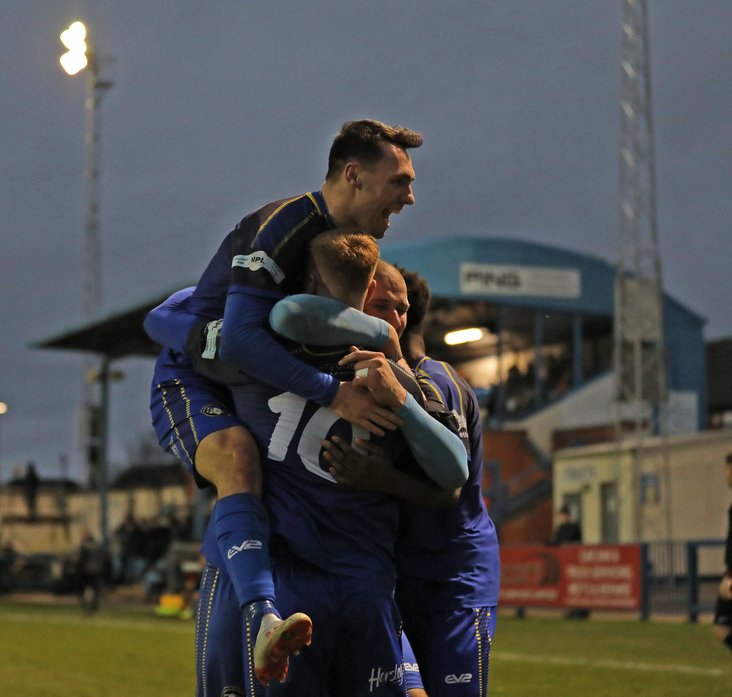 Atherton Collieries moved away from the drop zone with a 3-0 win at home to Stalybridge Celtic.

Following their brave efforts in defeat to National League leaders Barrow in the FA Trophy in midweek, Colls made light work of high-flying Celtic, who lost their play-off spot as a result of the defeat.

Louis Myers put Colls ahead, before Daniel Lafferty scored for the second successive Saturday on the stroke of half time. Tom Bentham made the points safe from the penalty spot late on.

Replacing Stalybridge in the play-off places are Warrington Town, who registered their first win since the end of November. 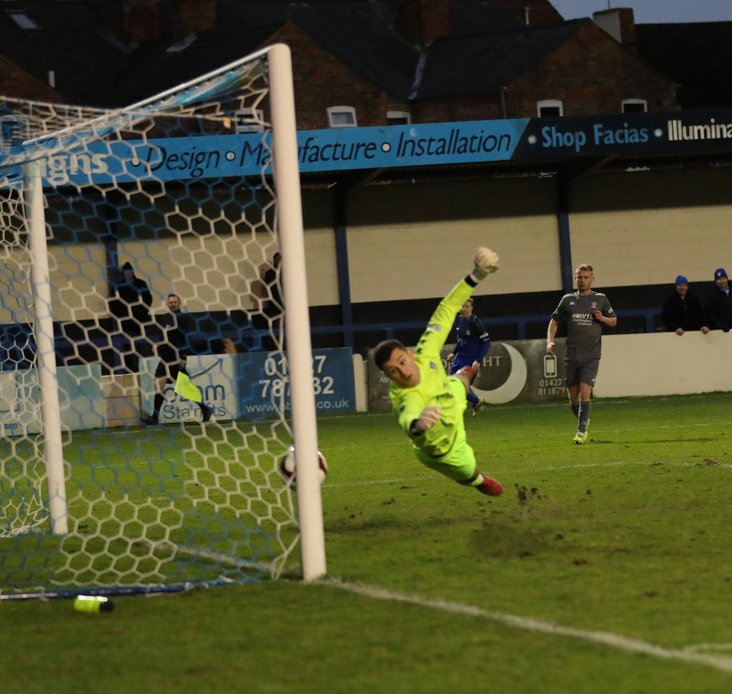 Jordan Buckley’s first goal since his move from FC United earned the Yellows a 1-0 win over Radcliffe.

The Seasiders haven’t lost since the 21-year-old forward arrived on loan from Gateshead.

Elsewhere, Scarborough Athletic drew at home for the eighth time this season as they were held by Nantwich Town. 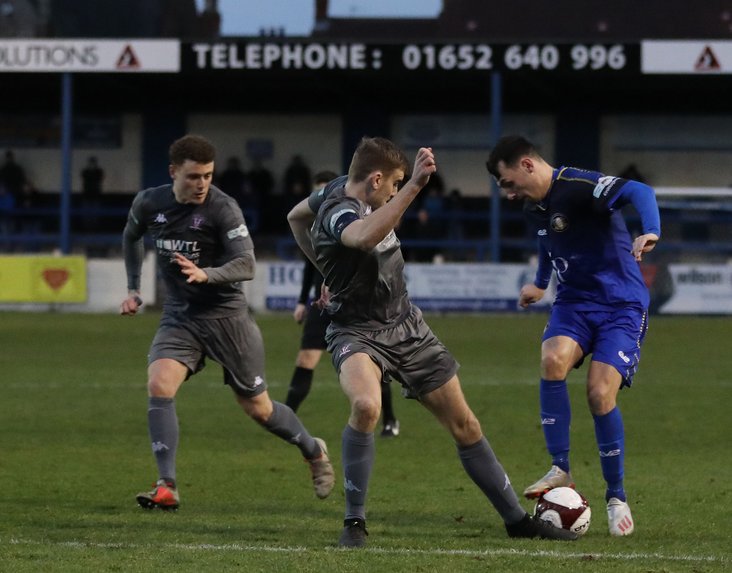 Ryan Watson gave them the first half lead, but Joe Mwasile’s goal meant it ended 1-1. 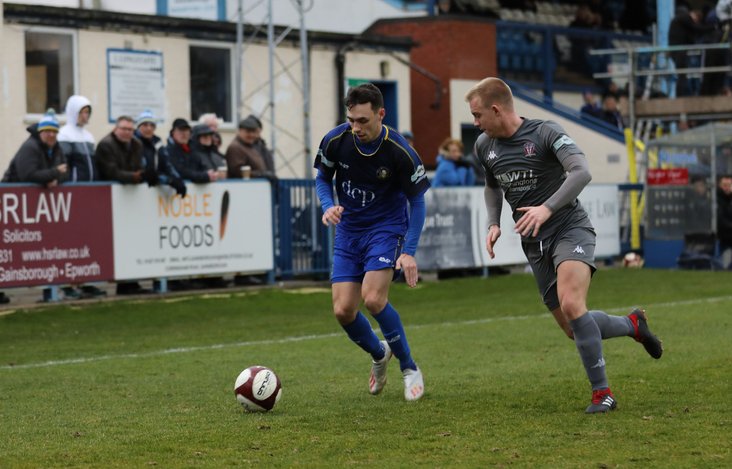 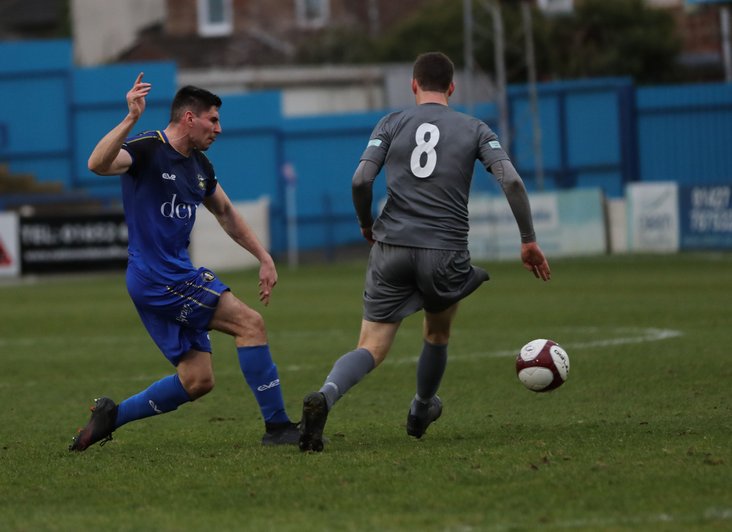 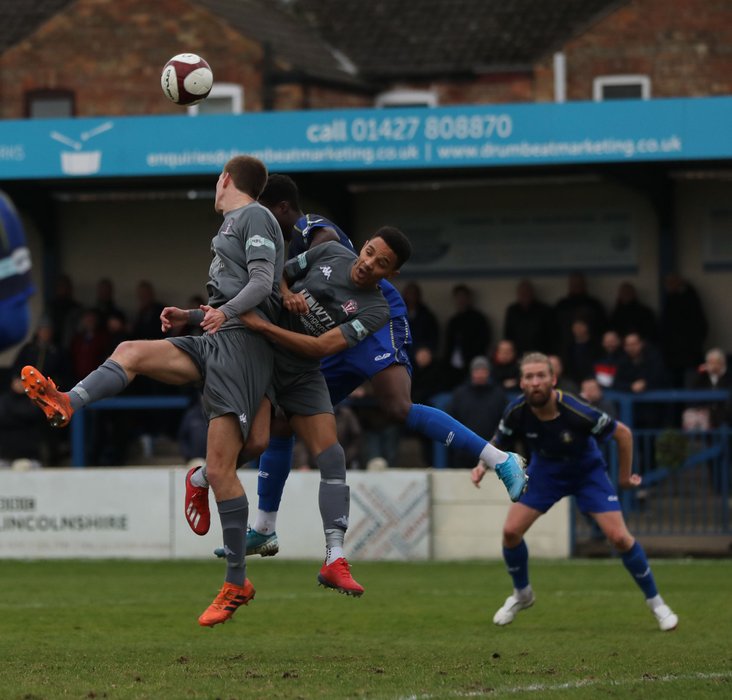 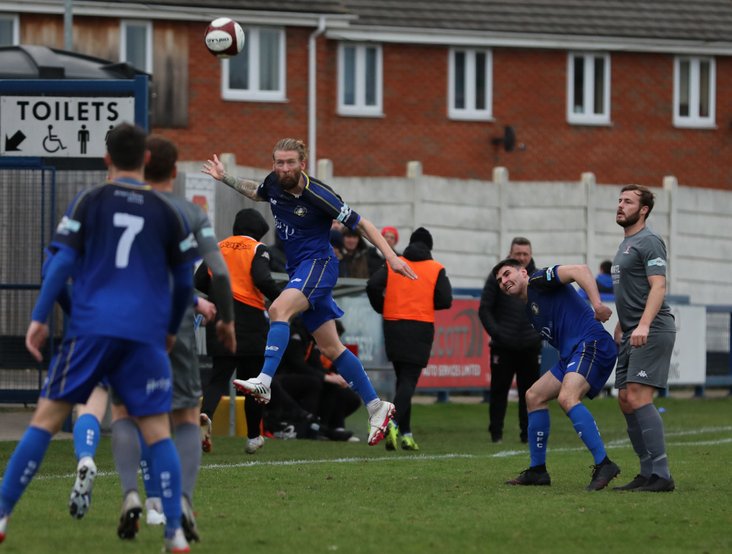 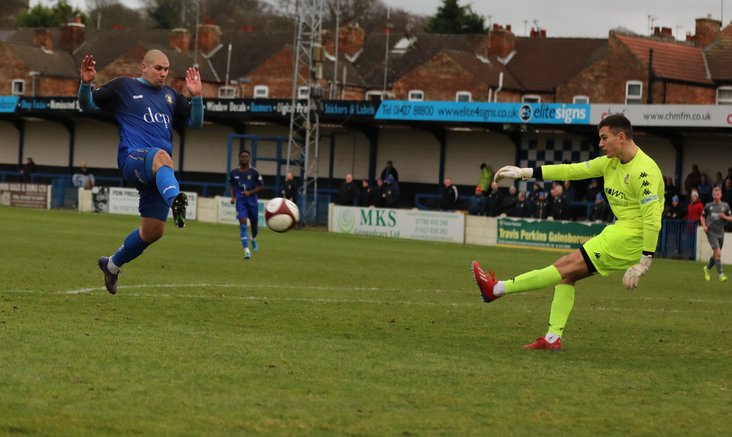 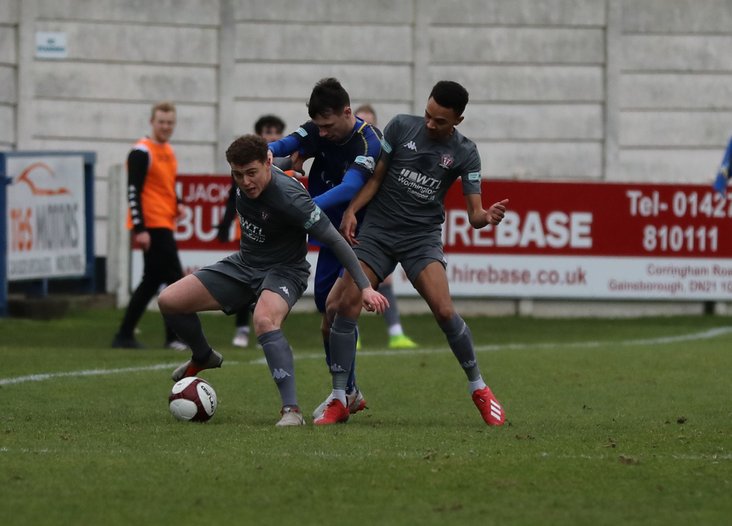 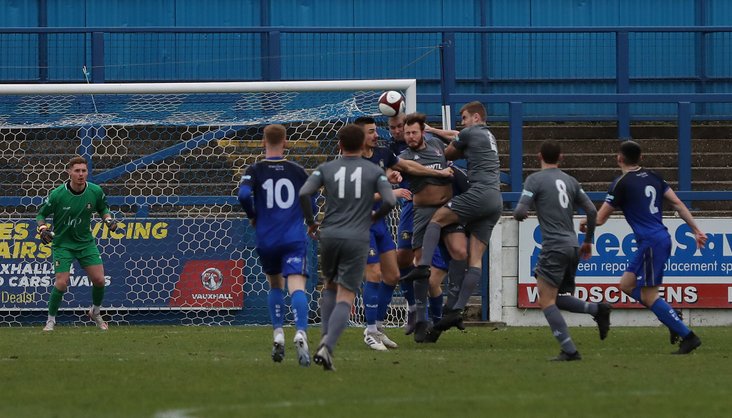 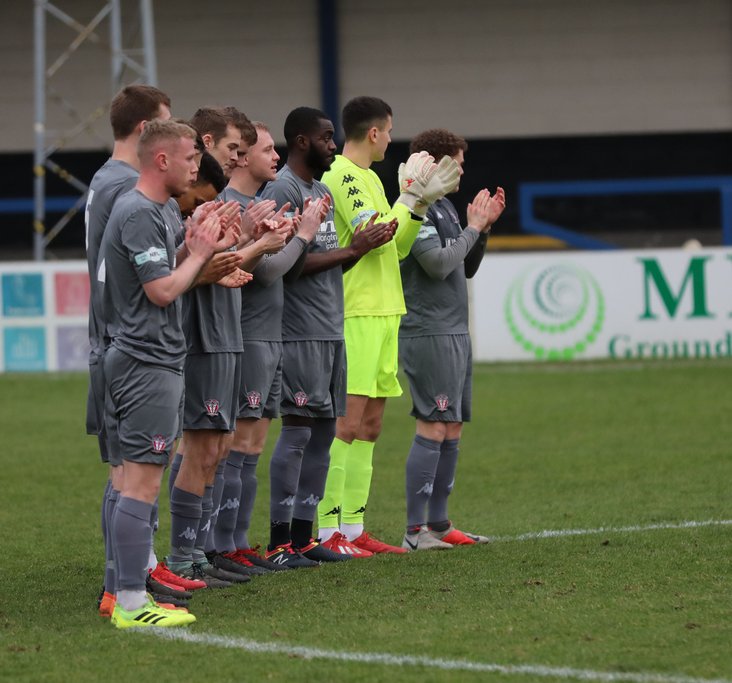 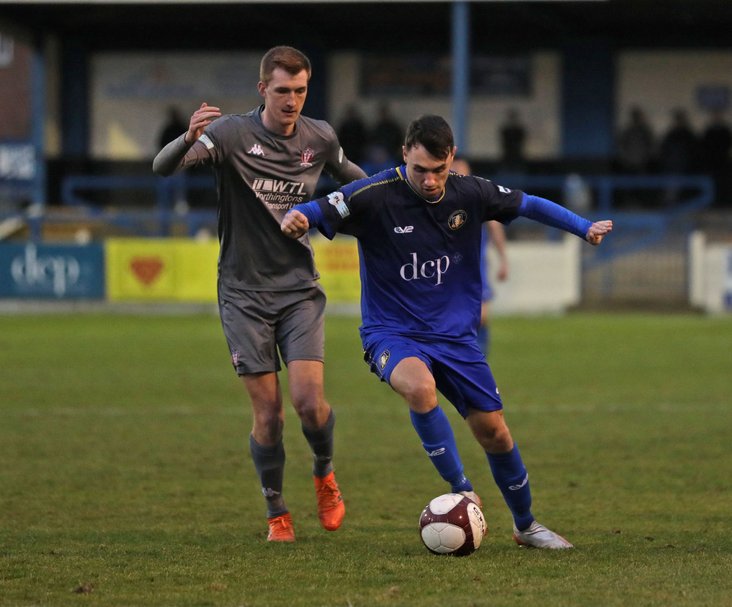 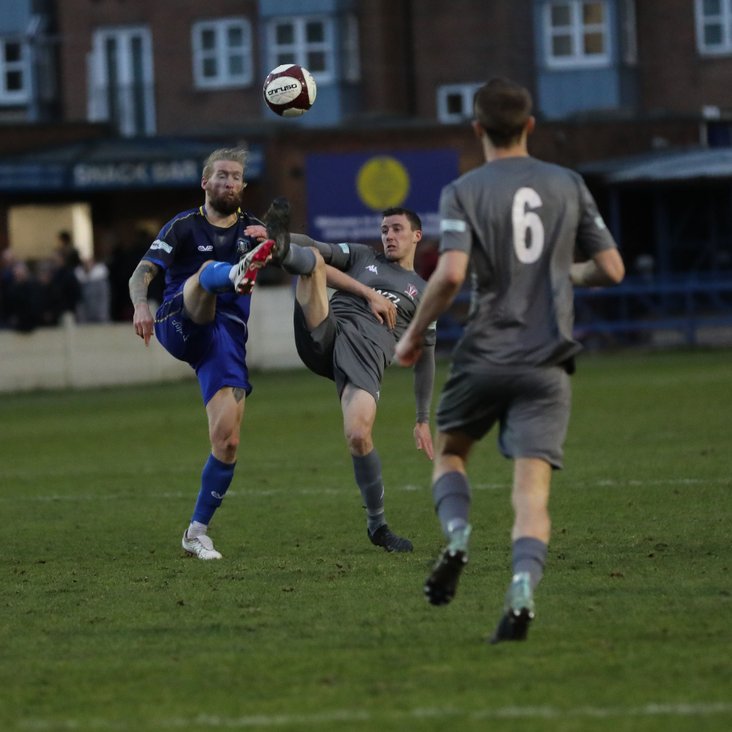 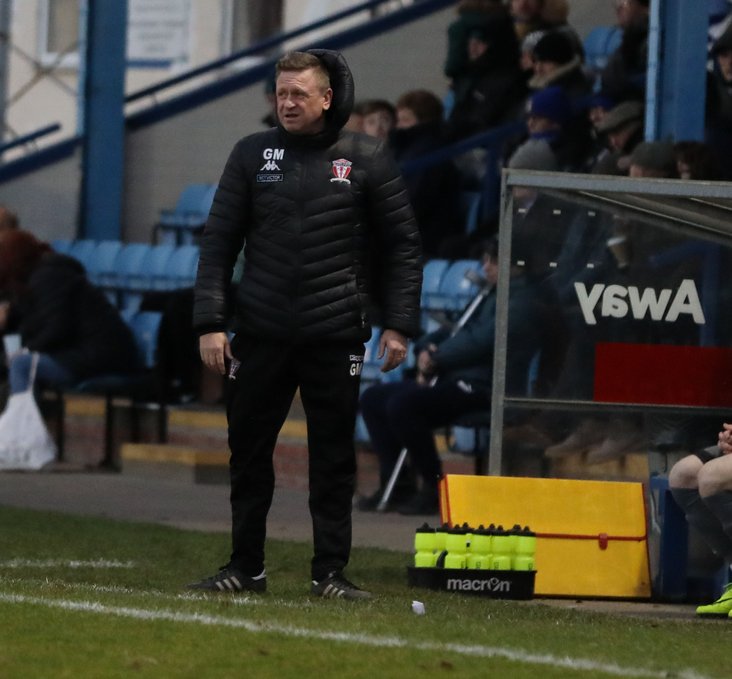 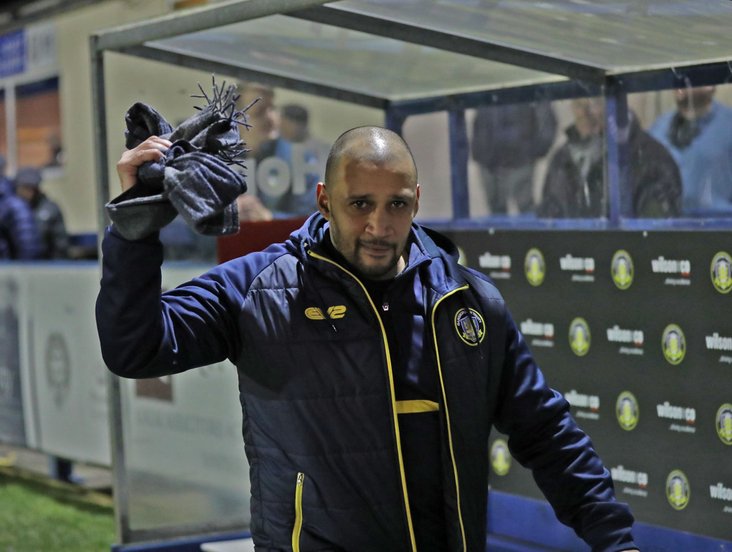  NPL pair bow out of FA Trophy The NPL's run in the FA Trophy is over for another season.