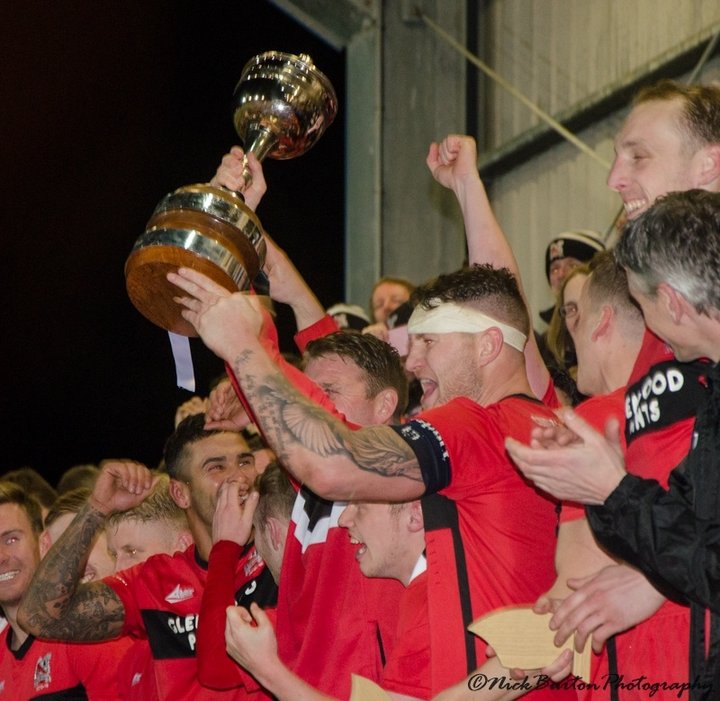 Darlington manager Martin Gray has spoken of his pride after winning the EVO-STIK Northern Premier League championship and the club's third promotion in four years.

The champions clinched the EVO-STIK NPL Premier Division title on Thursday night with a game to spare in scintillating style with a 7-1 win at Whitby Town.

Gray's side only needed a point to finish ahead of North East rivals Blyth Spartans and the Quakers boss hailed their triumph as the best yet for a club reformed by its fans in an interview with Ray Simpson for Friday's Northern Echo.

It was 5-0 after 20 minutes and Gray, who was held shoulder-high by supporters after the full-time whistle, said: “I’m very proud. The longer you’re here the more you fall in love with the club and I know how much it means to the fans. 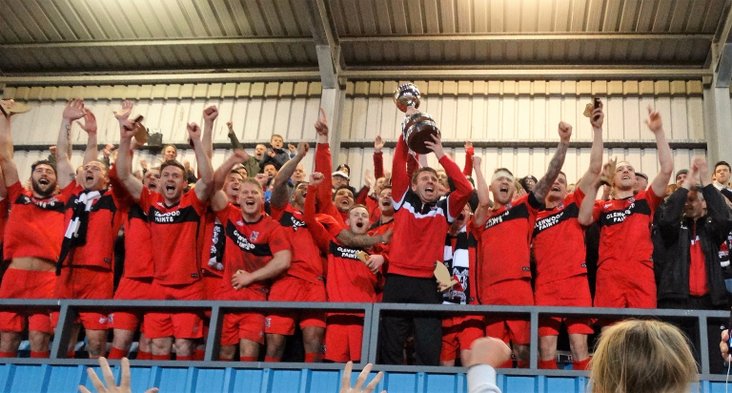 “These are the nights that you will never forget, it’s one to put away in the locker. When you’re old and can’t get out of your chair, nights like this is what you will remember. We’ve had three promotions now and they get better every year.

“We’ve won the championship against the odds. We’ve had so many games postponed, and at one point we were 14 points behind Blyth, so it sometimes it felt like everything was against us. To win it like this is brilliant, with 14 wins out of 15.”

“I had said before the game that I wanted to win the last two matches, I had no intention of coming here for a draw, but I must admit I didn’t expect that, to start the game like that they did,” added Gray, whose team complete their campaign on Saturday at Rushall Olympic.