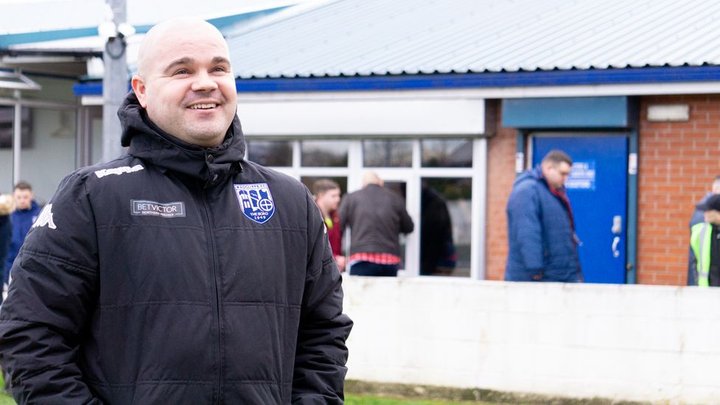 New Radcliffe boss Lee Fowler has addressed the club’s fans, after a season that saw their attendances rise 59%.

In their first season back in the Premier Division, the Boro enjoyed a tremendous start to the season but gradually fell down the table, parting company with manager Jon Macken.
Fowler came in, and took charge of two home games prior to the premature end to the season.

Their biggest crowd inevitably came at home to FC United back in August, when 1,228 came through the doors - they also enjoyed crowds over 500 in an FA Trophy match at home to FC United and the Boxing Day league visit of Atherton Collieries. A total of 480 turned up to their final home game against Whitby Town.
Fowler told the club’s official website: “Well that's the end of a bizarre season which has seen 3 managers, matches off due to weather and a virus which sees the season that come to an abrupt end. People's lives and health are paramount and come above promotions and relegations and the futures of non-league clubs and their existence.

“Everyone has put so much time and effort into this season both emotionally and financially, we appreciate the support with the attendances raising up to 59%, we salute you and hope you can carry the support and growth next season!

“First and foremost, I want to wish everyone to stay safe and healthy and look after the people you love and care for. If we can do this and then extended this to see if we can help anyone else in need even a phone call, a chat, a smile and be positive goes a long way.

“Secondly myself and my staff have been planning and preparing, ready for next season. There will be faces leaving and new ones into the club. The season in my opinion has been not great and too much change led to results on the pitch.

“I thank you for the welcome into the club since I've been here, in the two home games I hope you have seen a team you can feel proud of and also able to relate with hard working, passion, committed and entertaining football.

“The club will be doing some interactive things while where off enabling the fans to get closer to the players keeps us all as one in the off season.”