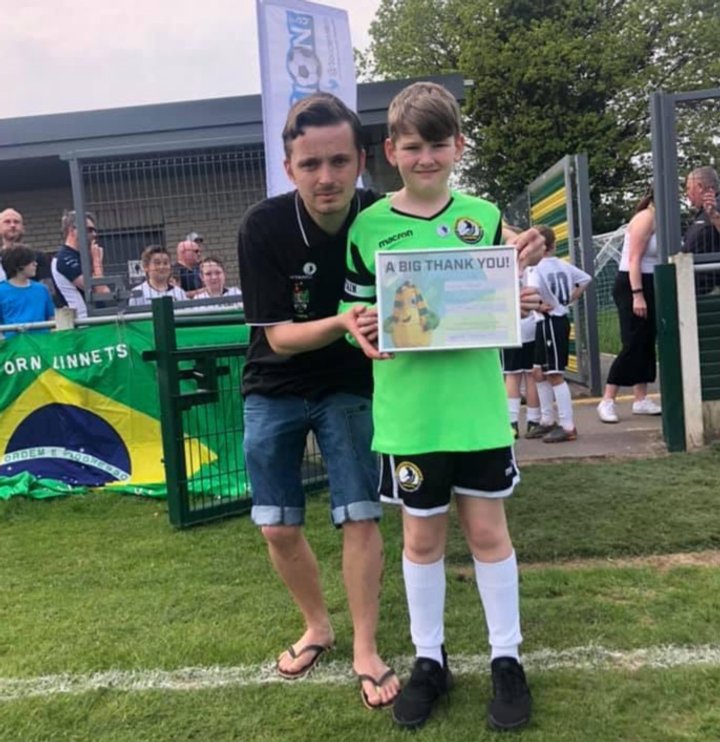 Two intrepid officials from friendly rival football clubs want to rise to the challenge of raising funds for charity - after volunteering to jump from a plane at 11,000 feet.

Josh Christian, Trust Board member at Runcorn Linnets, and neighbouring Widnes FC's Youth Development Officer, Linzi Davies are joining forces for a proposed sky dive in support of a trailblazing young footballer's efforts to help others.

The People's Place is to be built next to the EFC's Goodison Park stadium.

But Linzi and Josh's initial task is to obtain combined sponsorship of £1,000 to be able to do the jump.

As the stunt is scheduled for Saturday, July 20th, the pair face a race against time.

They are, however, already a quarter of the way to their target with a JustGiving page having been set up for donations.

This is the second time this year that Widnes FC and Linnets have come together to help Alfie.

Upon the death in 2017 of his father, who had suffered with mental health problems, Alfie wanted to help youngsters whose lives are or have been impacted by such illness.

Josh Christian, 26, from Halton Brook, Runcorn, said: "After meating Alfie back in April and hearing all about his story and having him as our guest of honour at the derby match, I felt I had to help Alfie and Everton - even though I am a massive Liverpool fan. I'll cheekily be wearing my LFC socks on the day!

"It will be a massive challenge but one I couldn’t turn down."

The impact that a family tragedy can have on children resonates with Linzi through personal experience.

The 42-year-old mum-of-three, who lives in Widnes and is another Liverpool supporter, said: "My own children lost their dad suddenly through an undiagnosed heart complaint seven years ago.

"I believe that a safe haven for bereaved children is imperative to protect their vulnerable minds moving forward and coping with their loss.

"Alfie is inspirational and I'm proud to be the Youth Development Officer for the Club he plays for."

Everton in the Community (charity registration number 1099366) has been offered 20 fundraising places in the exhilarating tandem skydive at The Black Knights Parachute Centre in Lancaster.

 Workington hit the lakes New Workington boss, Danny Grainger, has put together an innovative pre-season programme which included a physically demanding, but very rewarding, team building day in the heart of the Lake District.