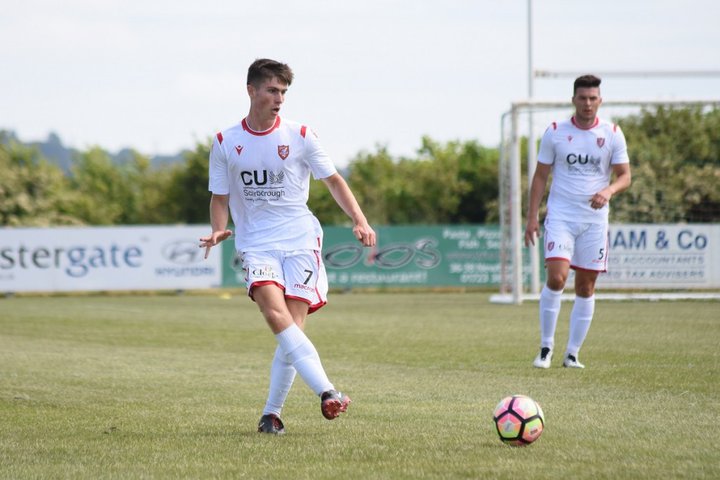 Midfielder Kian Spence has committed to Scarborough after option to leave the Under 23s set-up at Middlesbrough.

Spence, 18, has spent time at a number of clubs in the non-league pyramid over the summer, but the Seadogs are now tying up the loose ends of a deal to bring him to the Flamingo Land Stadium.

He said: "It was a hard decision to leave Middlesbrough, especially as I had no other clubs lined up, but I just wanted to play mens football to push me on.

"I spent a bit of time with a few other clubs from the divisions above Scarborough, but I've just really enjoyed being here.

"I knew I'd have to drop into the non-league game to play week in week out, but at Scarborough John plays proper football and it will be very different from the Under-23s.

"The lads are all great, they have really welcomed me in and there are some very good players in there as well.

"I like the way they play, the surface is good at the Flamingo Land Stadium and the fanbase for this level of football is amazing.

"All you have to do is look at the attendances they get, that just tells you how big the club is.

"I'm a very ambitious person and I do want to play at the highest level that I can, hopefully I can play my part in helping Scarborough progress as well."

Spence turned out in the pre-season game against Bridlington Town.