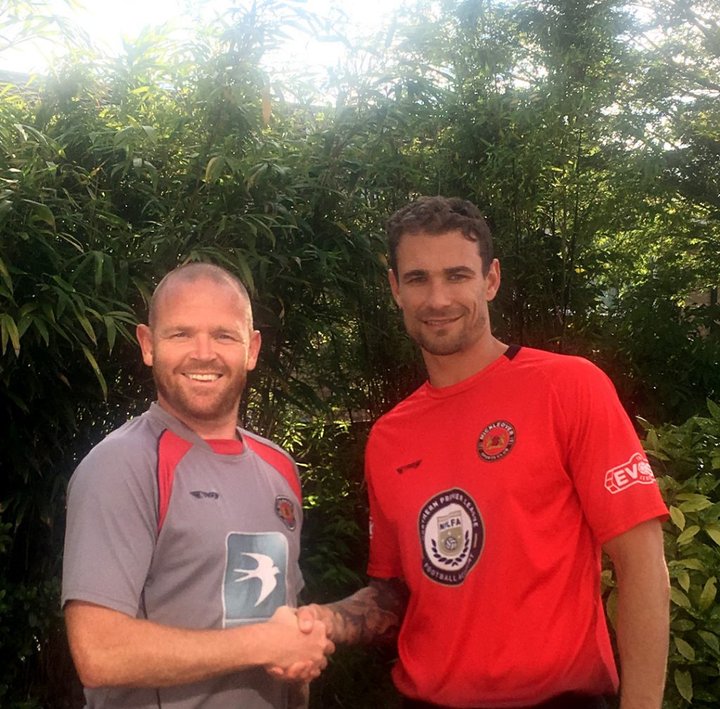 Young, 36, played for Grimsby in the Championship before playing in non-league for Halifax, Altrincham, York, Gainsborough, Buxton and most recently Frickley.

He said: “I am delighted to be joining such a well established club as Mickleover Sports. Having been here as an opposition player on many occasions I am well aware of the quality of football that the team is encouraged to play.

“As soon as I was approached by the manager John McGrath I was immediately excited about joining and it was an easy decision to sign.

“I know the league well and what it takes to be successful and I am looking forward to working with the staff and players to help the club make further progression.”

Manager John McGrath added: “With a back line already consisting of Durrell Berry, Pablo Mills and Ben Turner my recruitment was to find a centre half who would seamlessly fit in to that already experienced defensive unit.

“I was delighted to get Greg’s signature and to get this signing over the line is a massive statement of intent from us as a club.

“He is a player of vast experience and will forge a formidable partnership with fellow centre back Pablo Mills.

“He is renowned for his aggression but he also possesses a very talented left foot and is comfortable in possession which really suits our style of play and he will give natural balance down that left side with Ben Turner.”

Meanwhile, Mickleover have also announced the retention of Durrell Berry.

Noel White  The Northern Premier League is saddened by the news of the passing of its President, Noel White, following a short battle with cancer.