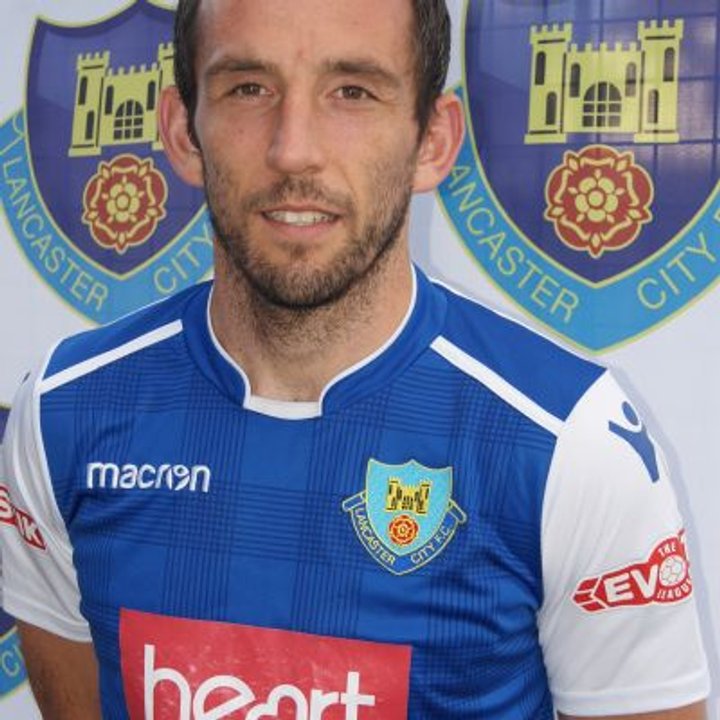 Craig Stanley has left Shawbridge to return home to Nuneaton.

Stanley joined the Blues in the summer to bring some valuable experience to Phil Brown’s squad.

But after being a regular starter in the Blues' solid start to the season, the opportunity to join hometown club Nuneaton Borough and re-locate with work and family has been too good to turn down for the 36-year-old former England ‘C’ international.

Stanley leaves with the Blues’ best wishes and believes he is leaving behind a club well placed to make progress.

“The club is in a good place and looks to be in a healthy position,” said the former Morecambe, Hereford United and Bristol Rovers midfielder, who had switched to a defensive role in his short stay at Clitheroe.

“The crowds have been really good and for the level they are playing at there aren’t many clubs getting that many fans.

“We just need to get those elusive home wins, but I am confident they will come.

“There hasn’t been much in games and if Phil can keep adding a bit more quality and perhaps some experience to the young players I think Clitheroe can do well.

“The experience has been really good and I wouldn’t have a bad word to say about the place.

“I have enjoyed my time at Clitheroe. I have a lot of time for Browny and Macca and the people there.

“But sometimes you have to take opportunities – and not just in football – but to look after my family as well. It’s best for us to go back home and I hope the supporters will understand that.”

Stanley’s move to Nuneaton takes him back to the BetVictor South League Central Division – where he helped Kettering Town win the title last season before re-uniting with former Lancaster boss Brown at Clitheroe.

And he will also be playing for another former manager at Nuneaton in Jimmy Ginnelly – the pair having previously worked together at Barwell Town.

Stanley’s departure leaves Brown with an even more youthful squad.

The Blues’ boss reckons the side he sent out at Ramsbottom United on Tuesday night is the youngest he has fielded at this level.

But he was encouraged by the performance in a 2-0 defeat and while remaining on the look-out for one or two possible new arrivals – with Jordan Darr having also left the club – is happy to be building something at the ‘Bridge where the Blues face Runcorn Linnets on Saturday.

10 successfully navigate FA Cup replays  An additional 10 NPL clubs made it through to the FA Cup second qualifying round following midweek replays.