The best of the NPL weekend 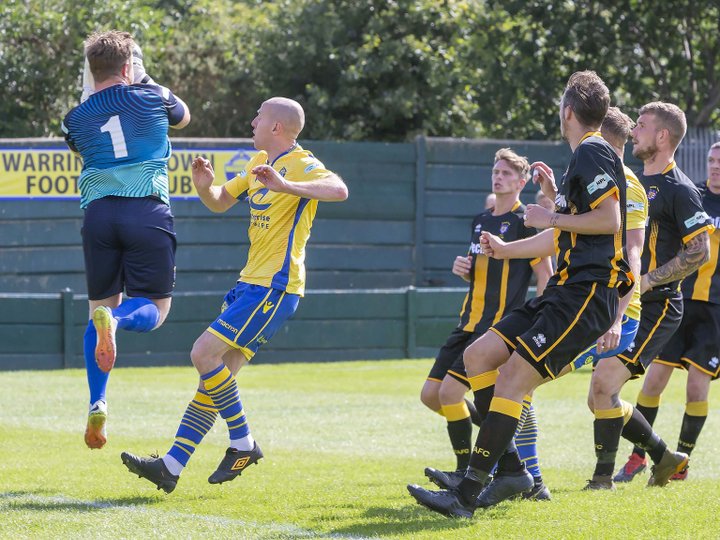 Our new Monday morning feature looks at the best from the weekend.

If you want to nominate your club, a goal or a quote for any of these categories in future weeks, don’t forget to tweet the NPL @NorthernPremLge.

Result of the weekend

After spending so much time at the wrong end of the table last season, Stocksbridge Park Steels start this one at the top thanks to a 4-0 win at Kidsgrove, but the result of the weekend has to go to Morpeth Town - in just their second season in the NPL, they went away to play-off champions Warrington Town, and came up with a 3-1 win to start their season in style.

Game of the weekend

A see-saw encounter at Market Drayton Town, saw them come from behind twice only to go down 4-3 at home to Belper Town in the BetVictor Northern Premier S/East Division.

Goal of the weekend

Some belters in the Premier Division, including a Robert Briggs stunner for South Shields, but again Morpeth will win this one - Sean Reid’s superb 30-yard volley sending the Highwaymen on their way to victory at Cantilever Park.

Top crowds of the weekend

Quote of the weekend

Basford United manager Steve Chettle: “I’ve told the players that back at the start of the pre-season if you had told me we’d get off to a winning start away at Hyde I’d have snapped your hand off.”

Story of the weekend

A pitch inspection was called on the opening day of the season by Radcliffe, who had doubts over their game at home to South Shields after torrential rain on Friday had left parts of their pitch under water. Fortunately, it cleared up over night, they cancelled the pitch inspection, and the NPL got underway with a full programme of fixtures.

This category will highlight some of the human stories within the NPL during the season, and ones that show our great league in its best light. The first winner is Workington AFC, who presented Pickering Town representatives with an engraved glass memento ahead of the first ever meeting between the two sides on Saturday.

 Matlock and Marske go two from two Matlock Town and Marske United made it two wins from two in the BetVictor Northern Premier on Monday night.

S/East round-up: Home discomforts for seven  Stocksbridge Park Steels spent much of the first half of last season squabbling at the bottom of the table, but they start this one at the top after a 4-0 drubbing of Kidsgrove Athletic.