Trialists To Get A Shot At Matlock 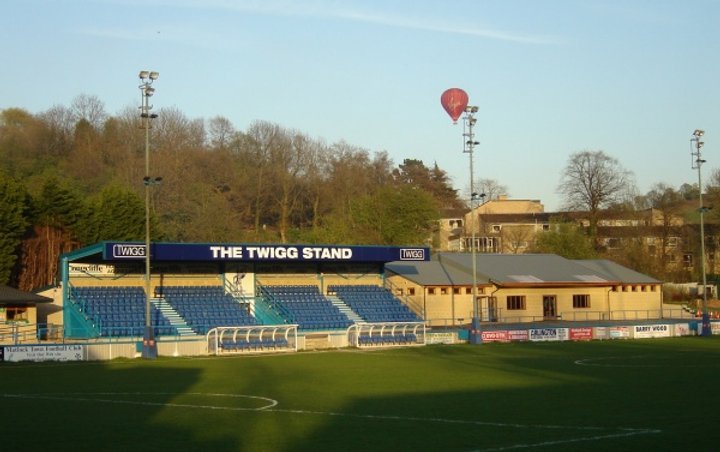 A clutch of trialists will have the chance to stake their claim with Mark Atkins' Gladiators when the Blues return for pre season training next Thursday (30 June).

Atkins says that everyone starts equal and the hope is that they will unearth a future young star or two to add to their four major signings during the close season.

Striker Ian Holmes has retuned to the Reynolds Stadium after a four year absence with Mansfield Town, AFC Telford on loan, Eastwood Town and last season winning the Evo-Stik League First Division South Golden Boot award with Glapwell. Holmes collected his award at the League's Annual Presentation Night held in Blackpool last Saturday. Also moving from Glapwell is utility player Michael Harcourt who last week was joined by Worksop winger Chris Bettney and defender Simon Sturdy from Frickley, who had a successful loan spell at Matlock from Harrogate Town in the 2009/10 campaign.

Holmes was something of an unknown quantity when he burst on to the non-league scene in August 2007, but he settled into a higher level of football like a duck to water, previously having played for Sheffield University. Now Atkins and Town officials are looking for another up and coming layer to step up to the plate.

"We're looking to have a bigger squad and having signed four good quality players we're hoping to add to that. I've put an offer in for another player and am waiting to hear whether he wants to join us. We've also sent letters out to ten lads who we'd like to have a look at on trial during pre season. We just might find a gem which would be a tremendous bonus for us. Everyone from last season with the exception of Ross Hannah has indicated they'll be coming back. Put it this way no-one has said they're not. Everyone will start on the same level, on an even keel."

The early training sessions will be led by Assistant Manager Nick Buxton with Atkins jetting out to Florida on a fortnight's holiday, returning just before the Gladiators' opening friendly at Teversal on Saturday July 9.

The Evo-Stik League's Annual Meeting last weekend passed without any major surprises with the composition of the three divisions being agreed. Hednesford Town's switch from the Zamaretto Southern League, which now incidentally is also known as the Evo-Stik League, Stafford Rangers' demotion from the Blue Square Conference North, Chester, Chorley and Rushall's promotion to the top tier were all confirmed. Ossett Town and Hucknall Town will play in First Division North and South respectively, while Retford United's request to go down to the Northern Counties East League was also confirmed with their name being removed from the Evo-Stik League's list of members.

Locally, newly formed Ilkeston FC were officially welcomed into the Evo-Stik fold following their initial placement by the Football Association in First Division South. The Robins' divisional rivals Belper Town have signed former Matlock centre half Tommy Hannigan, while giant striker Danny Davidson, who had a loan spell with the Gladiators towards the end of the 2008/ 09 season, has moved from Boston United to Worksop Town. The meeting also confirmed Worksop's return to the town after a three years absence. The Tigers will once more be playing their home games at SandyLane.