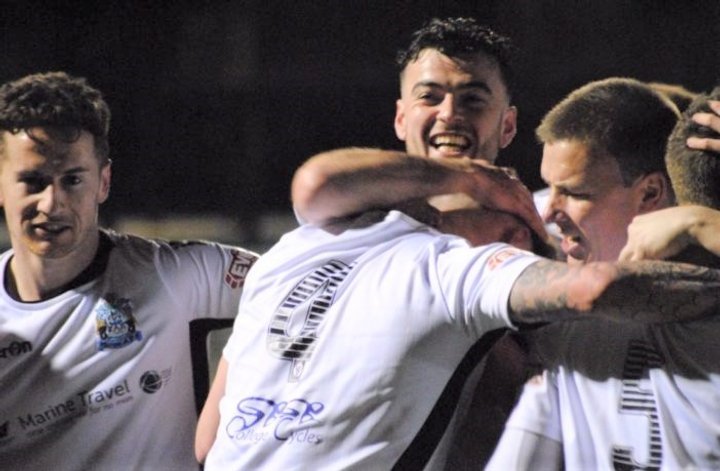 Altrincham may still lead the EVO-STIK League Premier table by six points but they have now failed to win three of their last six games after going down to a 3-2 defeat to Workington AFC at Moss Lane on Tuesday night, writes Pitchero's Steve Whitney.

The Reds travelled down to Cheshire having suffered a home defeat to relegation-threatened Stalybridge Celtic is last weekend – their sixth successive league defeat. But they made a great start with two goals in five minutes midway through the first half from Scott Allison.

Altrincham fought back in the second half and got back to 2-2, thanks to a brace from Tom Peers in the 61st and 69th minutes. But Workington debutant Steven Rigg netted the winner in the 80th minute when a clearance fell to him and he scored with a low shot.

Tom McGlinchey gave the Ravens the lead on the half-hour mark. Sam Sheridan equalised 12 minutes into the second half but it was the visitors who stole the points, courtesy of Nathan Watson 20 minutes from time.

Grantham Town would have moved into the top five with a win at The Meres against mid-table Nantwich Town but had to make do with just a point from another goalless encounter.

Adam Hughes` goal in the 15th minute separated the sides at half-time. Danny Mitchley added a second for the hosts two minutes after the restart and James Murray made sure with a third with nine minutes remaining.

Buxton are level on points with the Mariners after sharing a 1-1 Silverlands draw with out-of-form Stourbridge.

Leon Broadhurst broke the deadlock to give the Glassboys the lead five minutes into the second half. But Liam Hardy`s penalty reply came within four minutes.

 Log on for live semi-final action! Log on for live commentary of Scarborough Athletic's bid to fly the flag for the EVO-STIK League in the final of the North Riding Senior Cup on Wednesday night.