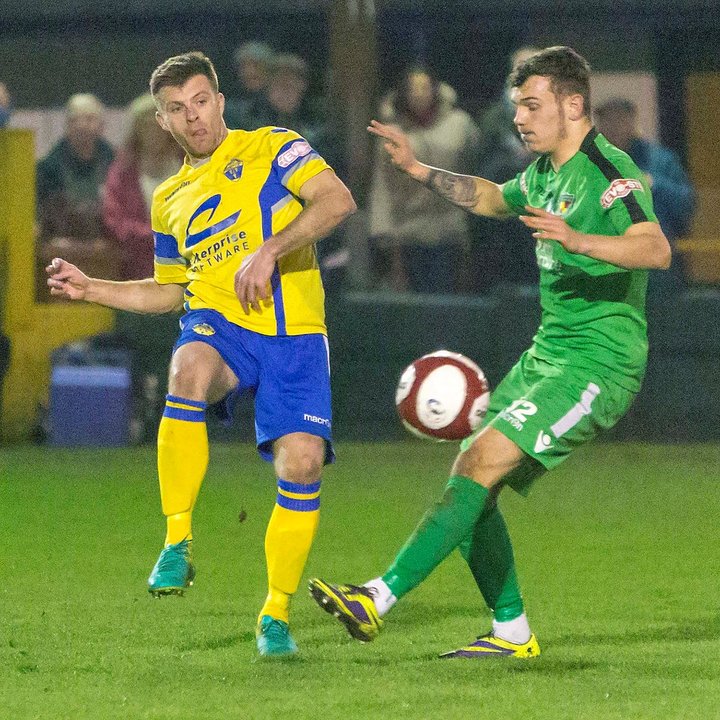 Tuesday night proved to be a good one for EVO-STIK League Premier leaders Altrincham – even though they didn`t play, writes Pitchero's Steve Whitney.

That's because their nearest challengers for the title, Warrington Town, were held to a 0-0 draw at Cantilever Park by a Nantwich Tow side who had beaten them 2-1 last weekend. The Wire's winless run now stretches to five games just at the wrong time of the season for Paul Carden's side.

In contrast, Farsley Celtic made it three consecutive wins as they ground out a 2-1 victory over Workington AFC to move seven points clear of sixth-placed Shaw Lane AFC in the top five.

Nathan Turner found the back of the net twice after nine and 76 minutes to make it three goals in two games and extended the Celts’ unbeaten away run to a dozen games. David Symington had given the hosts hope of a point when he reduced the deficit in the 86th minute, but Celtic held firm to move level on points with Grantham Town, who were beaten 3-1 at the Giant Axe by Lancaster City.

It`s back-to-back defeats for the Gingerbreads, who fell behind to a 21st minute Sam Bailey goal. Craig Carney eventually doubled the Dolly Blues` lead 11 minutes after the break and, after Curtis Burrows had reduced the deficit in the 64th minute, Tom Kilifin made the points safe for City five minutes from time.

Ashton United moved above Grantham into third, just a point now behind Warrington, after beating Stafford Rangers 1-0 at Hurst Cross, an early eighth minute Dean Smalley effort proving the difference in the end.

Rushall Olympic won the evening's other game at Dales Lane against fellow mid-table outfit Buxton, Sam Whittall`s early eighth minute opener for the Pics added to by Lewis Archer in stoppage time at the end of the game.

Tuesday's South Division action review  With Basford United already up and champions-elect, the race is on for the second automatic promotion spot in the EVO-STIK League South, with second-placed Alvechurch firmly in the driving seat, writes Pitchero's Steve Whitney.