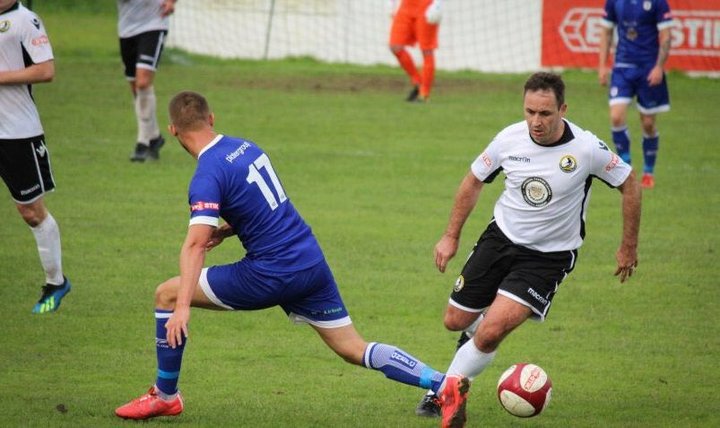 There were just two matches in the Evo-Stik League West Division on Tuesday night.

Colne enjoyed a comfortable 4-1 win at Parkside Road against Kendal Town that leaves Dave Foster’s hosts without a win in nine games.

Alex Curran gave the visitors a great start with a goal inside the opening 5 minutes.

Brad Lynch made it 3-0 with 56 minutes gone on the clock, and although Gavin Clark netted a 64th minute consolation for the Mintcakes, Matt Morgan made it 4-1 with a couple of minutes remaining.

The evening's other game saw Widnes and Ramsbottom United share a 1-1 draw at The Offside Trust Stadium.

Widnes took the lead after just 7 minutes when Dale Korie-Butler latched on to a wayward defensive header and lifted an effort over the stranded Sam Ashton.

The visitors eventually equalised on 72 minutes with a goal out of nothing, when Jerome Wright fired a powerful low effort into the bottom corner from 25 yards.

Double century for Trafford  The Trafford FC newsletter is celebrating its 200th edition this month.