Wilkinson will be remembered by all 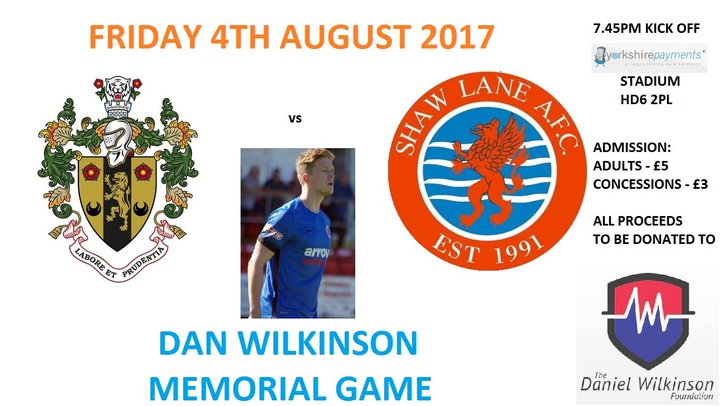 The EVO-STIK League's officials are expected to join the tributes to Dan Wilkinson on Friday night when Shaw Lane AFC return to Brighouse Town for the first time since last season's tragedy to compete for the inaugural Daniel Wilkinson Memorial Trophy.

EVO-STIK League secretary Angie Firth, director Neville Wigglesworth and administrator Paul Hatt were originally meant to be at Brighouse Town's Dual Seal Stadium on Tuesday 18 July before the fundraising fixture was rearranged following consultations between the clubs and the late player's family.

Tickets for the 7.45pm kick-off are priced at £5 for adults and £3 for concessions with all the gate money going to the Dan Wilkinson Memorial Foundation, set up by the family of the Shaw Lane defender after tragedy struck at the ground last September in the Integro League Cup when the 24-year-old collapsed and later died from serious complications with his heart.

The passing of the player was marked by emotional scenes around the EVO-STIK League and beyond as the eventual EVO-STIK League South champions and his family set out to start raising £50,000 in his memory to stop other young players dying in tragic circumstances by screening them and providing funds to equip more clubs with life-saving defibrillators. 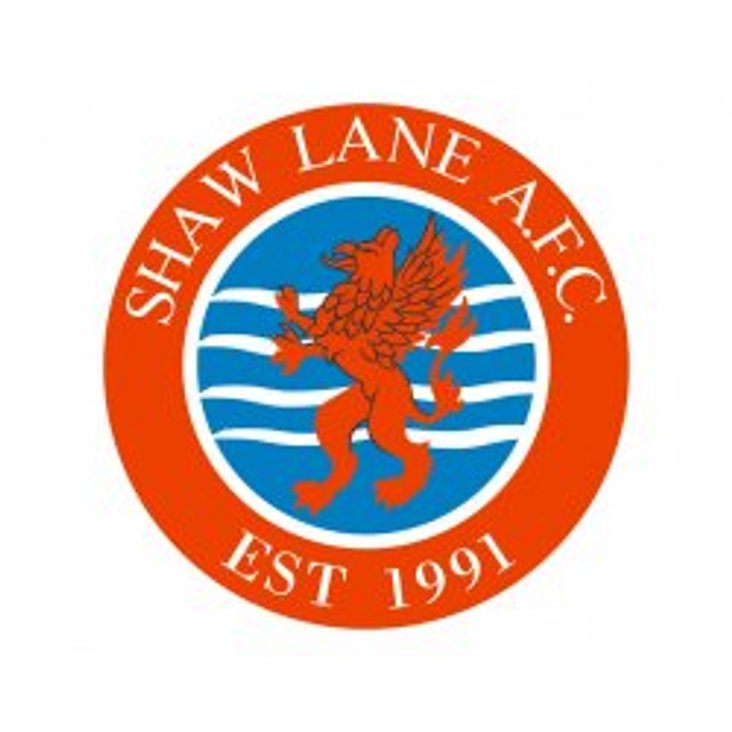 A former Hull City youth team star, who also turned out for North Ferriby United, Scarborough Athletic, Harrogate Town, Goole Town and Rushall Olympic, Dan passed away after collapsing on the pitch just under an hour into his side's cup clash and despite the best efforts of medics from both clubs and the emergency services to treat him using Town's own stadium defibrillator and administering CPR.

The defender was later found to have died from an underlying heart condition called Arrhythmogenic Right Ventricular Cardiomyopathy (AVRC), the same disease that caused former Bolton star Fabrice Muamba to retire in 2012 after collapsing during an FA Cup tie at Spurs.

That incident prompted the Football Association to team up with the British Heart Foundation to subsidise the cost of defibrillators for more than 900 clubs at Steps 1 to 5 following lobbying from a number of competitions including the EVO-STIK League.

 Coverage starting six rounds earlier! The EVO-STIK League's clubs won't have to reach the first round of the Emirates FA Cup this season to be seen by millions after the BBC announced it will broadcast one game live from every round.

Veteran offered swansong season  Veteran keeper Paul Bastock is looking forward to enjoying a swansong season in the EVO-STIK League with Corby Town before finally hanging up his gloves.