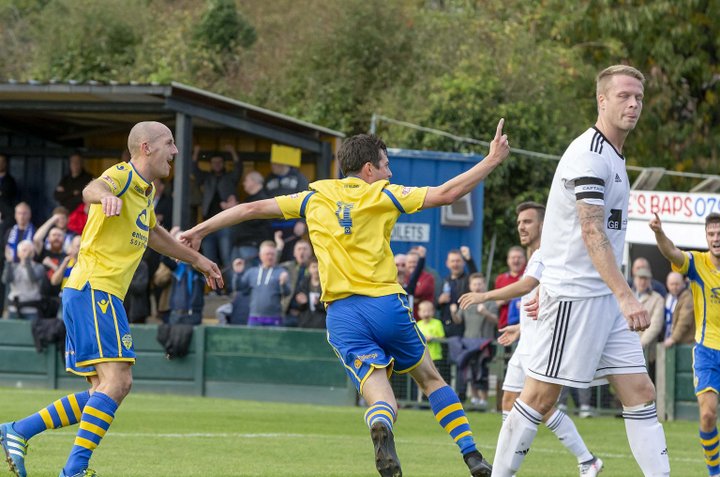 Warrington Town midfielder Ben Garrity has signed a new two-year deal to stay with the NPL play-off champions, after turning down offers from higher in the football pyramid.

Garrity, 21, was spotted by the Yellows coaching staff playing Sunday League football in Liverpool, and turned out to be the find of the season as he was a virtual ever present in Paul Carden's play-off winning team.

The all-action midfielder scored twice in the play-off semi-final win over Nantwich, and also scored a brace in the super play-off final defeat to King's Lynn Town, which denied the club promotion to National League North.

He had offers from clubs in the Football League, but decided to continue his development at Warrington under the guidance of Carden, who had been helping the player explore opportunities to go full-time.

With the majority of last season's squad already retained, Garrity was the one everyone was waiting for and Yellows officials are understandably delighted to keep him at the club.

Of last season's squad, only Robbie Evans, Marcus Cusani and Adam Hughes have departed, with Alex Whittle the final player to confirm their plans either way.

Radcliffe swoop for Mitchley  Radcliffe FC are delighted the announce the signings of Danny Mitchley and Lanre Olapade.