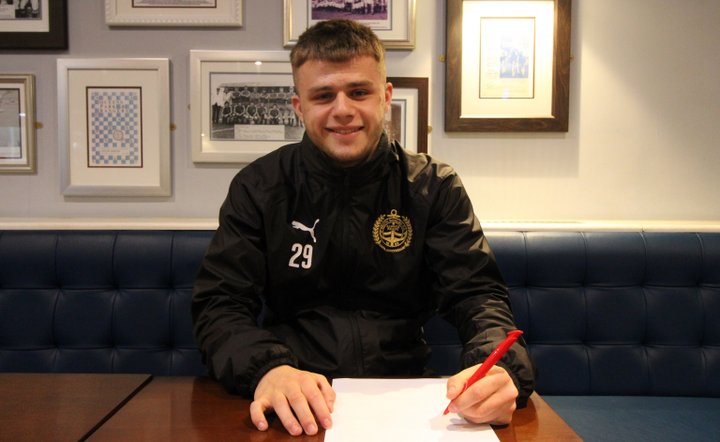 The striker has been a part of the academy side at the Mariners since joining in the summer of 2018, and has featured in the second round of the FA Youth Cup in each of the last two seasons.

Hodgson, 18, also made his debut for the first-team in last month’s Durham Challenge Cup victory at Ryton and Crawcrook Albion.

“He thoroughly deserves the faith that we are showing in him through his performances and application.

“Sam has proved to be a natural goalscorer, which are hard to find, and we’re hoping that he continues his progression and manages to become our regular number nine in the future.

“We will endeavor to get him as many opportunities in the first-team as we can over the next few weeks and months to get him the experience at senior level he needs.

“There may also be opportunities to get him out on loan to gain that experience, but it’s safe to say that we are really excited by Sam’s future at the club.”

Topliss returns to the Owls  Cleethorpes Town have announced that Sam Topliss has returned to the club for his second spell.